When You Suspect You Have Lyme, But Your Test Comes Back Negative

by Admin at Global Lyme Alliance on January 6, 2023 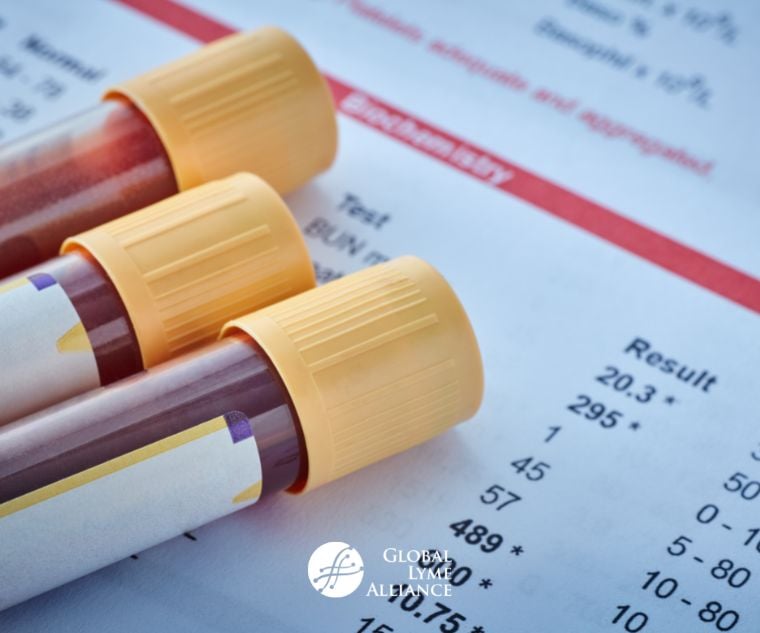 Lyme disease testing can be unreliable. You should be prepared to ask these five questions to your physician if your tests comes back negative.

For many illnesses, doctors rely on lab tests for diagnosis. Based on your symptoms, they have suspicion of what’s going on, and then run tests to confirm that suspicion. You may assume the same is true for Lyme disease. But because current Lyme disease tests only look for antibodies against the Lyme bacteria, not the bacteria itself, they are unreliable—so unreliable, in fact, that more than 50% of tests can be false negative.

What many people don’t realize is that Lyme disease is a clinical diagnosis. According to the CDC, a doctor should make a Lyme diagnosis based on your symptoms, medical history, tick exposure, and geographic area. Blood tests can help support that diagnosis, but they shouldn’t be used alone to determine if you do or don’t have Lyme. If your blood test comes back negative, that doesn’t necessarily mean you don’t have Lyme disease. If you suspect you may have Lyme and your test comes back negative, there are several questions you should ask your doctor:

Do my symptoms and history point to Lyme disease?

If you have an Erythema Migrans (EM) rash, often shaped like a bullseye, that is a definitive sign of Lyme disease. Other common symptoms of Lyme include fever, fatigue, aches, chills, and swollen lymph nodes. The more a Lyme infection progresses, the further it spreads; it can affect every organ and system of the body, causing a wide variety of symptoms. For this reason, your doctor should take into consideration your complete medical history, not just your current symptoms. They also should take into account whether you have had a known or suspected tick bite, and whether you live in or have traveled to an area where Lyme is endemic (remembering that Lyme is not just in New England!).

What test was run?

If the second test was a Western blot, how many bands were positive?

The Western blot test measures your immune system’s reactivity against a panel of proteins found on the Lyme bacteria, which show up as bands on your test results. According to the CDC, you need to have five positive bands in order for your test to be considered positive. A doctor may tell you your test is negative even if you have four positive bands, simply because it doesn’t meet the strict CDC criteria. However, if you have any positive bands, that means you have antibodies against Lyme disease, which means you could have it or could have been exposed to it at some point.

Which lab was used?

Some labs look for more specific bands than others. You can ask your doctor to send your blood work to one of these labs.

Could I have another tick-borne illness?

A good Lyme Literate Medical Doctor (LLMD) will consider all of these questions when making a clinical diagnosis. Click here to find one in your area.

Since Lyme disease is the great imitator and symptoms are similar to so many other illnesses, your doctor should consider every possibility when making a diagnosis. But Lyme should not be quickly ruled out based on a test. Don’t take “no” for an answer until you’ve explored all of these questions with an LLMD.