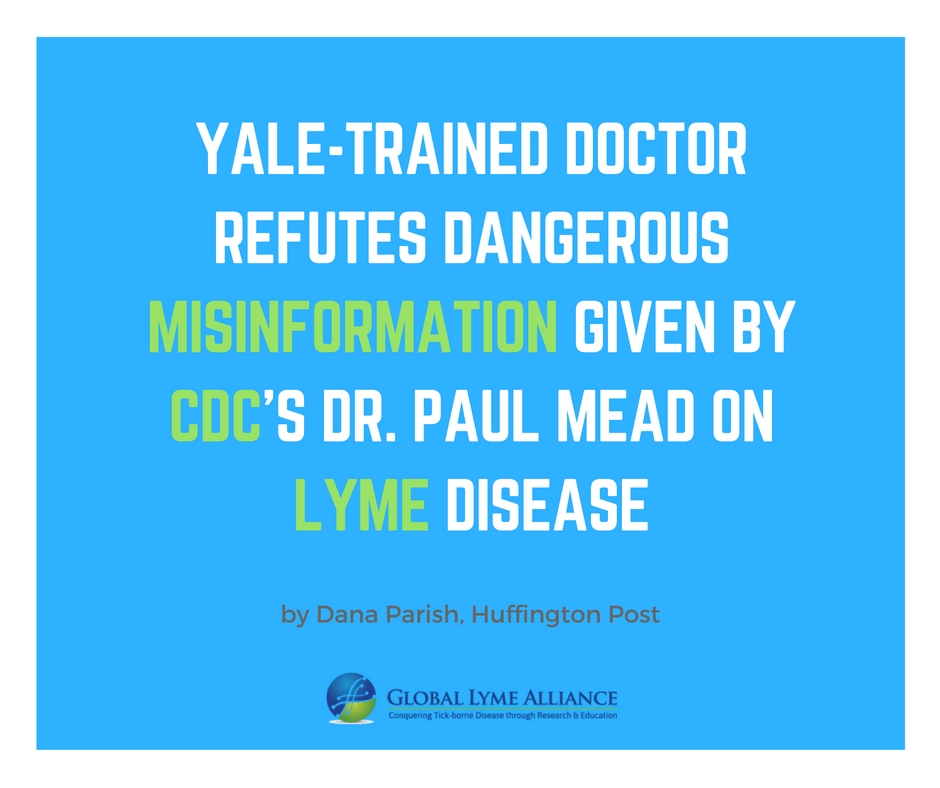 
On June 30, Fox 5 New York aired a highly-rated thirty-minute TV special aboutLyme Disease called “Lyme and Reason,“ in which I was interviewed with my doctor, Yale-trained internist and preeminent Lyme specialist, Steven Phillips. You can watch our segment here.
Also interviewed was the CDC’s Paul Mead, MD, Chief of Epidemiology and Surveillance Activity of the Bacterial Diseases Branch of the Centers for Disease Control and Prevention. You can watch that here.
Many patients and clinicians expressed outrage on social media regarding what they considered to be dangerous, misleading information offered by Mead, and pointed out the CDC’s pattern of giving preferential treatment to outdated IDSALyme guidelines instead of the more scientifically-supported, patient-centered ILADS guidelines.
Interestingly, The National Guidelines Clearinghouse, a federal database that provides treatment information to health care professionals and insurance companies, has removed the IDSA Lyme treatment guidelines from its website and only lists the ILADS guidelines.
To help chronic Lyme patients who feel that the CDC has once again turned its back on them, Phillips wrote a formal rebuttal to some of Mead’s statements and Fox 5 posted it on their Facebook page. Fox invited Mead to comment further but that request remains “under review.”
See Mead’s statements and Phillips’ responses below and watch the TV special and all of the unedited interviews here.
Please join the conversation and add your comments below. We look forward to hearing from you.
Mead: “typically people with early stages of disease get a rash...” Phillips: I don’t actually think it’s accurate to say that this is typical. The initial published findings by Steere documented that 25% of patients recalled a history of rash compatible with erythema migrans (EM). Other published research has pegged the rate of prior EM in late Lyme patients at 22%. Part of the problem with some of the research that demonstrates a very high rate of EM in Lyme disease is that it’s part of the CDC reporting criteria as well as being a common diagnostic criterion. So the CDC’s statistics on the rates of EM in early Lyme may be inherently skewed. It may be likened to publishing a study that 95% of people in prison have committed a crime. Mead: “well, actually ‘the great imitator’ is a term used to refer to syphilis which is a different disease” Phillips: Well, actually, although syphilis was a previous illness given this nickname, Lyme disease has also carried the moniker in the medical literature. A Pubmed search of ‘great imitator’ and ‘lyme’ returned 23 results. This is because Lyme can present in so many varied ways, able to mimic a broad array of diseases.
Read the entire article on HuffingtonPost.