It’s High Time for Ticks, Which Are Spreading Diseases Farther 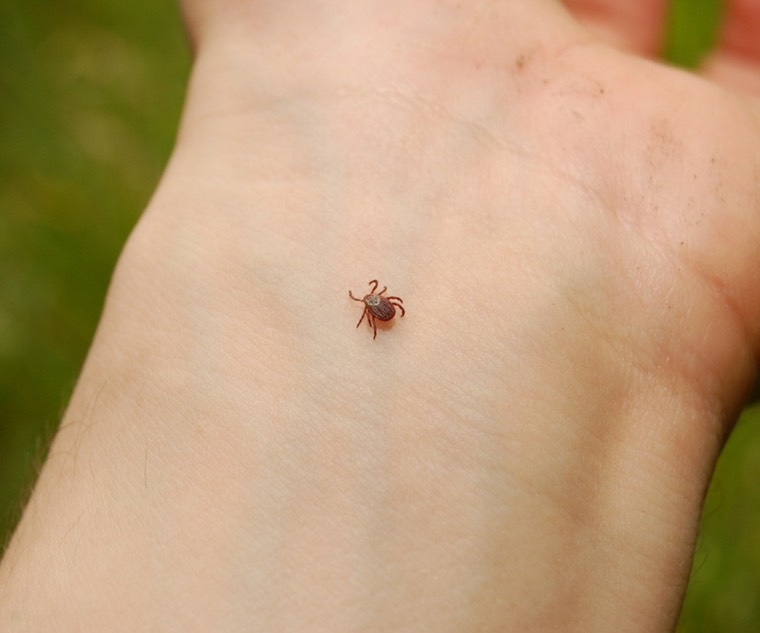 SOUTHAMPTON, N.Y. — This town is under siege from tiny invaders.

A doctor at Southampton Hospital recently pulled a tick off a woman’s eyeball. After a 10-minute walk outside, a mother reported finding a tick affixed to her 7-year-old daughter’s buttocks.

Another mother called the hospital in a “hysterical state,” according to the nurse who answered, because a tick had attached itself to her son’s penis.

Like many towns across the country, Southampton is seeing a tick population that is growing both in numbers and variety — at a time when ticks are emerging as a significant public health danger.

“Tick-borne diseases are a very serious problem, and they’re on the rise,” said Rebecca Eisen, a research biologist at the Centers for Disease Control and Prevention.

“Even though you may live in an area where you didn’t have ticks in the past or your parents don’t remember having ticks, the distribution is changing,” she added. “More and more people are at risk.”

With the expansion of the suburbs and a push to conserve wooded areas, deer and mice populations are thriving. They provide ample blood meals for ticks and help spread the pests to new regions.

Originally from the Southeast, the lone star tick, for example, is heading north; it can now be found in 1,300 counties in 39 states. The blacklegged tick, also called the deer tick, is expanding its territory, too. In a recent study, Dr. Eisen reported a nearly 45 percent increase since 1998 in the number of counties with blacklegged ticks.

Thomas Mather, director of the University of Rhode Island’s TickEncounter Resource Center, said it used to get reports of three or four lone star ticks in the greater Chicago area each year. Now, it is receiving up to 15.

When a tick species marches into a new region, it poses a double-barreled threat, said Jerome Goddard, extension professor of medical and veterinary entomology at Mississippi State University.

First, the species brings diseases from its original location. Second, the ticks pick up new pathogens from animals in their new ecosystem.

Physicians and patients in a tick’s new home may be less familiar with the diseases it carries. They can overlook symptoms or attribute them to a different cause, delaying effective treatment.

But scientists are finding ticks carry more than just Lyme: At least a third of known tick-borne pathogens were found in the last 20 years. Heartland virus and Bourbon virus, which can prove fatal, were discovered in just the last five years.

Powassan virus, a rare but dangerous pathogen that can cause permanent brain damage or death, can be passed from tick to human in just 15 minutes. It was discovered in 1958, and an average of seven cases are reported each year. Earlier this month, a resident of Saratoga County, N.Y., who had Powassan disease died.

Dr. Gary Wormser, founder of the Lyme Disease Diagnostic Center at New York Medical College, said the most worrisome tick-borne contagion he sees is babesiosis, which can cause malaria-like symptoms and require hospitalization. A few of his patients have died from it; several required intensive care.

Before 2001, babesiosis was not found in Westchester, N.Y. But Westchester Medical Center has diagnosed at least 21 cases in the past year. A study of babesiosis in Wisconsin found a 26-fold increase in the number of cases between 2001 to 2003, and 2012 to 2015.

In places where the lone star tick is gaining prevalence, doctors also are seeing an increase in cases of alpha-gal syndrome, a strange allergy to red meat induced by tick bites.

Alpha-gal is a sugar molecule carried by the lone star tick. When the tick bites a human, it activates the immune system, which starts producing alpha-gal antibodies.

The body becomes wired to fight alpha-gal sugar molecules, which are abundant in red meat. Eating meat can trigger allergic reactions, from an itchy rash to anaphylactic shock.

Dr. Erin McGintee, an allergist and immunologist at ENT and Allergy Associates in Southampton, sees two to three cases of alpha-gal syndrome per week during tick season. Since diagnosing her first case in October 2010, she has seen more than 380 patients.

“The cases are definitely increasing over time,” she said.

Read the entire article on The New York Times.