Is There a Connection Between Lyme Disease and Mental Illness in Teens? 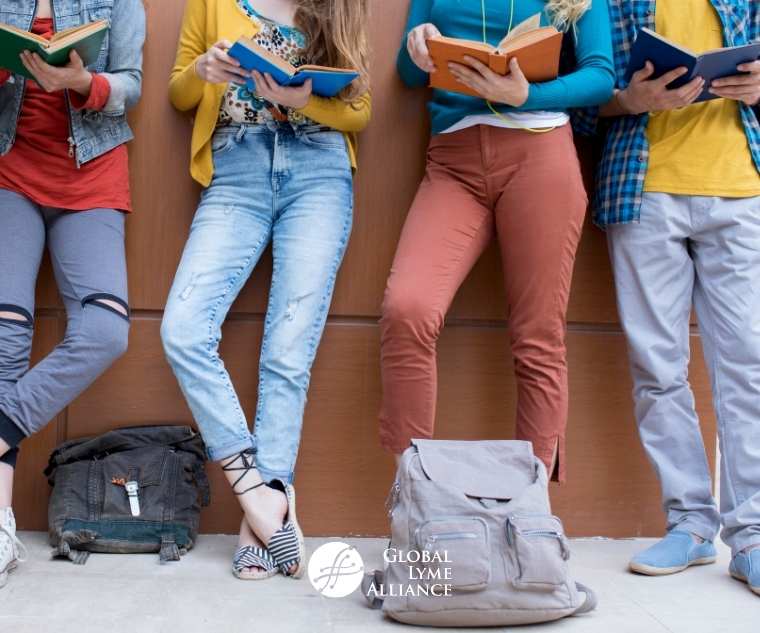 Written by Daniel A. Kinderlehrer, MD. for Psychology Today


Last month, I wrote a post describing Diane, a teenage girl suffering from anorexia nervosa.1 As it turned out, she had Lyme disease and had three tick-borne coinfections: Babesia, Bartonella, and Mycoplasma. She responded to antibiotics and three years later she still has no evidence of an eating disorder.


Dr. Nancy Brown, a colleague, was in my office during one of Diane’s appointments. I commented to her, “Wouldn’t it be great if we could test a group of people who suffer from anorexia nervosa for tick-borne infections?”

“Well,” she told me, “I’m the medical consultant at a residential treatment center for adolescents with mental health issues. Let’s see if I can get permission to do this.”

We did receive cooperation from the residential center. In addition, IGeneX Laboratory agreed to test patients free of charge for Lyme, Bartonella, and TBRF—tick-borne relapsing fever. Moleculera Labs also generously agreed to test our patients to the Cunningham Panel.

It was not difficult to get 10 volunteers at the residential center. None had eating disorders, since the center was not equipped to deal with that, but all 10 were diagnosed with DSM-5 Major Depressive Disorder; 7 were additionally diagnosed with Generalized Anxiety Disorder, and 3 had made serious suicide attempts.

With the exception of one subject previously diagnosed with celiac disease, none had a known physical disorder. All of these teens had severe psychological dysfunction requiring intensive residential treatment—they could not hack it at home or go to school.

Here is what we found2:

In all likelihood, 9 of 10 had antibodies to tick-borne infections. And 9 of 10 had evidence of autoimmune encephalitis.

Autoimmune encephalitis is the medical term for "brain on fire" inflammation in the brain that can result in serious mood, behavioral and cognitive disorders. The Cunningham Panel is a test for antibodies against the nervous system.

Susan Swedo at the National Institute of Mental Health first described this condition in children who developed neuropsychiatric symptoms shortly after a strep infection, and she termed it Pediatric Autoimmune Neuropsychiatric Disorder Associated with Streptococcal Infections—PANDAS.3,4

Not long afterward, it became clear that multiple microbes other than Streptococcus can trigger autoimmune encephalitis, and the name was broadened to Pediatric Acute-onset Neuropsychiatric Syndrome — PANS.

The microbes that thus far have been shown to trigger PANS include several viruses including Epstein-Barr, the common cold, influenza, and chickenpox as well as Bartonella, Mycoplasma, and mold.5-7 There was a recent report out of Italy describing two boys in whom SARS-CoV-2, the virus that causes COVID-19, triggered PANS.8 It is likely, but not clear at this time, that Borrelia burgdorferi, the Lyme pathogen, also triggers PANS.

In 2013, the PANS collaborative consortium published criteria for the diagnosis of PANS.9 These include the sudden onset of obsessive-compulsive disorder (OCD) or severely restricted food intake, without a known medical disorder that would account for these symptoms. In addition, the case definition requires two of the following seven criteria to make the diagnosis:

To read the rest of the article from Psychology Today, click here.