UK Researcher a Force in the Fight Against Lyme Disease

by Admin at Global Lyme Alliance on September 24, 2021 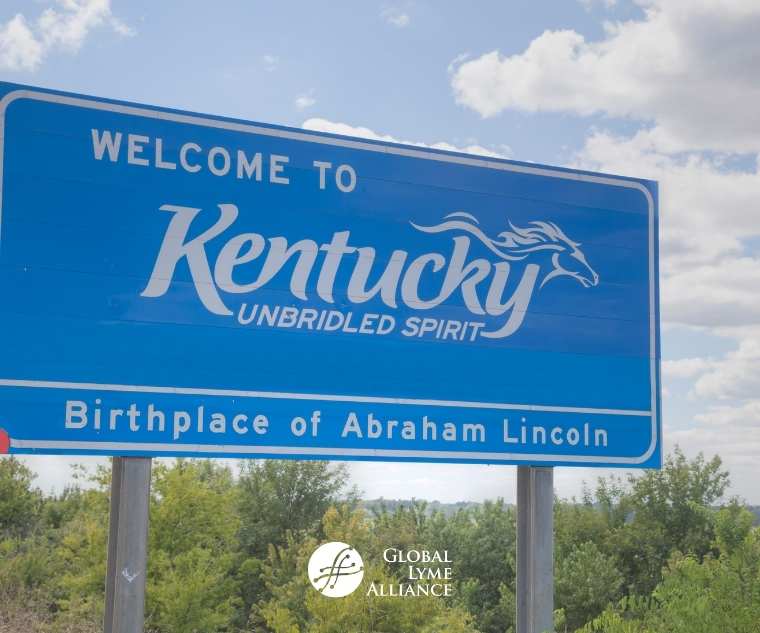 The article was written for The University of Kentucky by Elizabeth Chapin on August 20, 2021.

At a time when incidence of Lyme disease is rising across the U.S., a study led by University of Kentucky College of Medicine researcher Brian Stevenson, Ph.D., may provide a significant impact in the fight against the disease.

A new study will build upon Stevenson's three decades of research aimed at understanding Borrelia burgdorferi, the bacteria that causes Lyme disease.

The professor in the UK Department of Microbiology, Immunology and Molecular Genetics received $3.4 million from the National Institute of Allergy and Infectious Diseases (NIAID) to reveal how the bacteria transmits from ticks and infects humans, which could lead to new ways to treat and diagnose the disease.

Lyme disease is transmitted to humans through the bite of infected blacklegged ticks. Roughly 476,000 Americans are diagnosed each year, according to the Centers for Disease Control and Prevention. Every year, Lyme disease costs the U.S. health care system more than $1.3 billion in direct medical costs. In addition to its large burden of illness, areas where Lyme disease is common are expanding.

While infected ticks carry the bacteria, it only causes disease in mammals. Stevenson’s goal is to understand how B. burgdorferi “knows” when it is in a tick versus a human host.

“If we can understand how the bacteria senses its environment and responds in a way that permits human infection, we can develop treatments that trick the bacteria into ‘thinking’ it is inside a tick instead of a human,” Stevenson said. “The bacteria would then stop doing what is needed to cause human infection, which will make it easier for the patient’s immune system to kill the bacteria.”

Stevenson’s lab recently identified three different proteins that B. burgdorferi produces, depending on the stage of transmission or infection. His team is now examining the role of the proteins in how it identifies a host and “knows” when to infect it.

“How do they know to move from the gut of a tick to its salivary glands in order to infect the host? Once they have infected a host, how do they recognize another tick feeding on that animal in order to colonize it?” Stevenson said. “There are many questions and the answers will have some pretty broad reaching impact beyond Lyme disease.”

Some of the regulatory proteins Stevenson’s lab has discovered in B. burgdorferi are produced by other bacterial species, so their research will add to the understanding of other pathogens and diseases.

Stevenson’s team will also be examining how the bacteria undergoes adaptations to cause long-term infections that cause significant problems for Lyme disease patients, who may require extensive periods of antibiotic treatment.

Stevenson says it is understood that B. burgdorferi can manipulate a host's immune systems to suppress the appropriate immune response. Finding out how it does this will also add to the knowledge of how some pathogens cause long-term infection, which could have a broad impact on many other diseases.

“The most fascinating thing about any human disease is not how we respond — it’s how does the disease get our immune systems to not respond effectively?” Stevenson said. “That’s a key question with Lyme disease and a number of other infectious diseases as well as conditions including autoimmune disease.”

Thirty years ago, Stevenson was part of a research team that discovered the first example of gene regulation in B. burgdorferi. As his team uncovers more, scientists are one step closer to improving cures for Lyme disease.

Click here to read the rest of the article from The University of Kentucky.