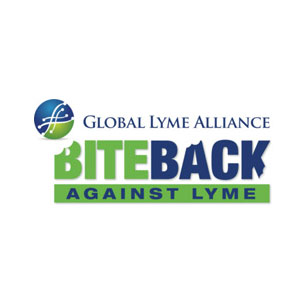 In last week’s poem “Never Say Never”, I wrote about getting back on my skis for the first time since being sidelined by tick borne illness. It was a proud, humbling, and cathartic moment, one that brought me to tears and ended with me saying, “I am back.”

Unfortunately, the story didn’t end there. It was my happy ending movie moment, but only movies end. Real life goes on.

After completing that ski run on the bunny hill (and resting for several days afterwards), I continued with physical therapy. I worked up to other outdoor activities that I’d missed, such as kayaking, swimming, and canoeing. I even tried new sports like paddleboarding and recumbent biking. Though I didn’t have the stamina I had before Lyme disease, I was happy to be leading a relatively active lifestyle again, and to be able to enjoy activities like bicycling in an adaptive way. I even got past the bunny hill, heading straight to the top a small mountain outside Boston. I didn’t ski the moguls there, but I did take several long runs, and I felt more like my old self than I had on that first day back on skis.

So far this sounds like the continuation of a happy ending, right?

Fast forward a year, to the Middlebury College Snow Bowl. I’d landed a dream job teaching a winter term course called Healing Through Writing at my alma mater, and couldn’t wait to get back to the skiing grounds of my college days. When the first weekend arrived, I packed up my gear, drove the short distance to the “Bowl”, carried my skis (which felt much heavier than they used to) to the base of the mountain and looked up.

In my college days, I hardly would have called the Bowl a mountain. It’s one of Vermont’s smaller ski areas, and my friends and I used to ski straight down from the top without stopping, only to circle back on the chairlift and do it again. And again. And again. We’d spend entire Saturdays tearing up those ski runs, or pop over for a quick, easy afternoon after class.

But as I looked up at what now seemed like a much larger mountain (had it grown?), the task ahead didn’t seem so easy. For a moment I considered gliding over to the novice area, an easier side of the mountain with its own chairlift. My old self chortled from somewhere inside me, Please! You never ski over there. It’s only for beginners.

So I clicked into my skis and boarded the main chairlift. The ride to the summit seemed much longer than I remembered. As the chair rode higher and higher, I grew more and more anxious. Before my eyes, the tiny Snow Bowl of my youth was growing into a gargantuan beast that I wasn’t sure I could conquer.

The wind was whipping when I finally dismounted at the summit. I pulled my neckwarmer over my face so that it reached under my goggles, with only the tip of my nose exposed so I could breathe. I hadn’t used this equipment on the bunny hill, or even at the small mountain in Massachusetts, which, I quickly recognized, was only about half the size of the Snow Bowl. As I made my first few turns, I realized something else: the Snow Bowl was much steeper than I remembered. I stopped and tightened my boots, something I also hadn’t needed to do on my previous post-illness ski runs.

I made it down that run, but “made it down” is never a term a skier wants to use. We are masters of the boards strapped to our feet, masters of our domain. We meet the challenge of a run with our skill and strength, and we like to say that we “tore it up” or “shredded some serious snow.” “Making it down” implies that the mountain conquered us, and that’s not a power that a die-hard skier wants to relinquish.

To be fair, it’s not like I took my skis off and walked down. I did ski the run. I just didn’t do it to the best of my ability, and that worried me. I’d never realized how much leg strength it took to make tight slalom turns on a steep pass, or how much power I needed to lean forward in my boots to better control my skis. In the past, I’d broken down those elements for ski school students whom I taught, but never had to think about them myself; they were second nature. Suddenly, my natural ability became very cerebral, and I didn’t like having to think about technique when I was skiing someplace as simple as the Snow Bowl. I didn’t like that I had to stop every few turns to rest. I didn’t like that my legs burned at the end of the run, and that I was too tired to get back on the lift to take another.

I started to wonder if I was really still a skier. Could I still give myself that identity, when I struggled to make a run that “real” skiers would fly down if not scoff at? Maybe I wasn’t back at all.

Skiing has always been a great endorphin release for me, and I used to leave the mountain glowing with exhilaration. That day, my cheeks didn’t just glow; they flushed so red from the intense workout that they were almost purple. Inside, they burned with shame.

That afternoon, I lied down for my usual nap, but could not sleep. It wasn’t just that my brain was tossing and turning with discouragement. It was that my body became so agitated from the over-exertion that it could not calm down. My breathing grew short and my limbs tingled as my nervous system kicked into high gear.

I ended the day feeling scared, jittery, and exhausted.

The following weekend, my housemate asked if I would ski with her at the novice area of the Bowl. I hesitated. I wasn’t sure if my body had recovered enough from the previous weekend. I didn’t know if I could take another disappointing day on the slopes. I didn’t know if I was really still a skier.

“It’ll be easy,” my housemate coaxed. “That side of the mountain is nothing for you.”

Like that first day on the bunny hill, this particular morning was a bluebird day. My housemate and I chatted as we rode the lift, which was shorter than the main lift but not as small as I’d remembered. In fact, it seemed about the same size as the lift that went to the summit of the mountain outside Boston. Below us was a sea of fresh snow that sparkled under the sun’s strong rays. A skier whooshed by and suddenly tumbled; we watched as he dropped his poles and both his skis popped off.

My housemate laughed. “Is that skier lingo?”

I smiled and clicked my skis. Maybe some of this was still second nature.

“You look so happy,” my housemate commented. “You’re totally in your element up here, aren’t you?”

My smile turned into a grin.

The “simple” runs—plural—that my housemate and I took turned into beautiful courses of wide, arcing turns, and even some tight slalom turns, too. I leaned forward. I felt in control of my skis. And I saw that this area of the Bowl I’d once made fun of was now just my size. I could ski it—really ski it—the way I used to ski the toughest trails of Colorado. As I swooshed, I remembered an email I’d gotten from a friend who’d watched video of me skiing that first bunny run. He’d written, “I’d recognize those turns anywhere.” I remembered that email and understood that my turns were still mine, whether they were on the bunny hill or Vail’s Back Bowls.

Maybe this journey wasn’t about getting back; it was about moving forward in spite of all I’d been through. It was about reclaiming parts of my old ski identity that could help define my new one. And with that realization, my whole perspective shifted. I suddenly didn’t mind that I had to pace myself. That I had to stop a few times on the way down, or sit in the lodge for a few minutes before continuing on. The point was that my movie—my ski life—was continuing on. And I once again was, truly, playing the lead.

A year later, this ski girl is back teaching at Middlebury, and back enjoying her new favorite side of the Snow Bowl. Here’s a video to prove it! (Be sure to turn your volume up so you can hear the narration).