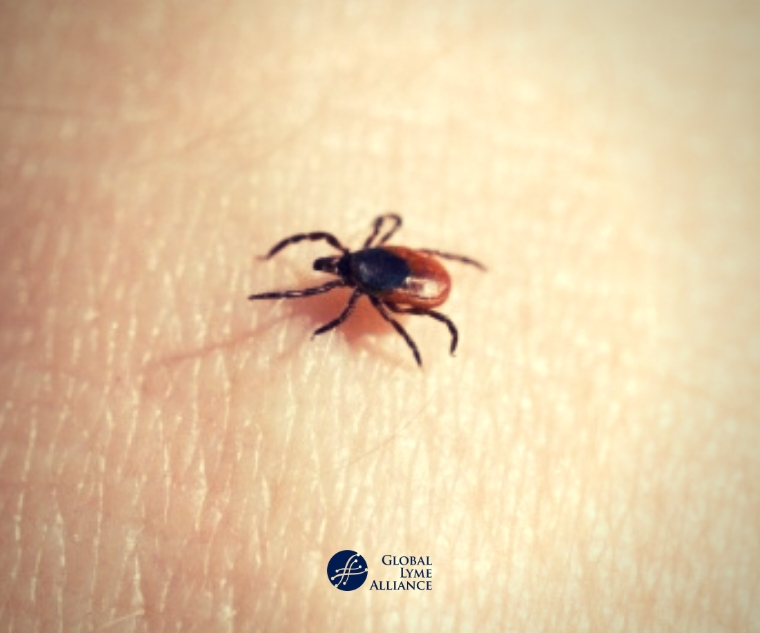 Ixodes scapularis, the blacklegged tick, is among the most clinically important tick species in the U.S. Not only does this tick transmit the most common vector-borne infectious agents in the U.S., Borrelia burgdorferi sensu stricto (s.s.) and B. mayonii, which cause Lyme disease, but it also transmits the greatest diversity of pathogens of any tick within the US. In addition to Lyme disease, other tick-borne illnesses include babesiosis (Babesia microti), anaplasmosis (Anaplasma phagocytophilum), Borrelia miyamotoi disease (B. miyamotoi), ehrlichiosis (Ehrlichia muris eauclairensis) and tick-borne encephalitis (Powassan virus).

It is this diversity of pathogens and the public health concern they provoke that spurred Rafal Tokarz (a Global Lyme Alliance-funded investigator) and colleagues to use high-throughput sequencing of the tick microbiome to catalogue the full range of microbes (i.e., bacteria, archaea, protists, fungi and viruses) found in ticks collected throughout New York and Connecticut.

Dr. Tokarz’s lab examined 197 individual I. scapularis adults and pools from 132 adults and 197 nymphs. Focusing on Borrelia, they found two species in the ticks tested, B. burgdorferi s.s. and B. miyamotoi, which were found in 56.3% and 5.07% of individual ticks, respectively. Importantly, these results were consistent with previously published surveillance studies of I. scapularis by the Tokarz group and others. Across the five sites where ticks were collected, the prevalence of B. burgdorferi s.s. ranged from 40% to 62.5%. Two other human pathogens transmitted by black-legged ticks, B. mayonii and Ehrlichia muris eauclairensis, have been detected in up to 3% of I. scapularis in the Upper Midwest, but were not detected in the ticks collected for this study, suggesting these pathogens have yet to establish themselves, at least at detectable levels, in the northeast.

Another human infectious agent, a protozoan parasite, B. microti was found in 7.6% of ticks, but two other species of Babesia, B. duncani and B. divergens, which also have been implicated in babesiosis in the U.S., were not found.  The absence of B. duncani and B. divergens sequences in their data suggests that I. scapularis is not a vector for these species, at least not in the northeast.

Reports of Bartonella DNA in tick species (i.e., I. scapularis, I. affinis, and I. pacificus), coupled with detection of this bacterium in patients with Lyme disease, have led to the perception that Bartonella is a tick-transmitted pathogen. Recently, there has been an upsurge in Bartonella testing of patients with a suspected tick-borne illness. However, Bartonella sequences were not found in the hundreds of ticks tested as part of this study. The authors speculated that differences between their findings and published reports might have several explanations, which they sought to investigate. One possibility was that the presence of microbial DNA within a tick does not conclusively establish the tick’s competence as a vector, or the viability of the microbe within the tick. The DNA may instead be a remnant of a previous blood meal, and there’s enough of it to be detectable by sensitive genetic techniques such as PCR. Another possibility is that in previous studies, the Bartonella detection techniques were not specific enough. In a 2004 study by Adelson et al., 33% of I. scapularis nymphs in New Jersey had Bartonella DNA. However, the ‘molecular tools’ used for PCR screening could not discriminate between Bartonella DNA and that of a wide range of soil bacteria. So, trace amounts of soil bacterial contaminants in ticks could explain the wrong conclusion that I. scapularis harbors Bartonella. To test this hypothesis, Tokarz’s group designed molecular tools that could distinguish between Bartonella and soil bacterial DNA. Again, they confirmed a lack of Bartonella in the 45 ticks from their study but using the Adelson group’s reagents, an apparent 13% of ticks from NY and CT were now positive for Bartonella.  These findings point to the possibility of false positive results if reagents used for PCR-based tests are not optimized for specificity.

These results do not, however, exclude the possibility that a subset of Lyme disease patients may indeed have a Bartonella infection. In fact, well-accepted means of exposure to Bartonella include contact with infected domestic cats or flea bites. Thus, a conclusion one can draw from this current study is that Lyme patients diagnosed with Bartonella are more likely infected by cats or fleas and not by I. scapularis ticks.  Although not mentioned in this study, the results presented offer a cautionary tale regarding PCR-based diagnosis of Bartonella or any other pathogen. One must be certain that the molecular tools used to detect Bartonella DNA are highly specific to that organism. Care must be taken to avoid detecting a person’s likely exposure to a wide variety of soil bacteria, something that can easily occur in daily life.  The use of non-specific molecular tools in this diagnostic scenario might generate false positives – a possibility that will hopefully be explored by other researchers and diagnostic testing companies.

The survey also revealed a high co-infection rate with 19% of all ticks being co-infected with known pathogens (A. phagocytophilum, B. burgdorferi s.s., B. miyamotoi, B. microti, and Powassan virus). In addition to bacteria, the tick microbiome was found to include a wide variety of common viruses [e.g., phleboviruses 1 and 2 (73%), South Bay virus (22%), Suffolk (10%), and the pathogenic Powassan virus (3.6%) ticks] as well as three rare viruses and even a filarial worm.

In conclusion, this new study provides insight into the impressive microbial diversity within I. scapularis in NY and CT. In conjunction with recently published microbiome studies from other geographical sites, scientists now possess a better understanding of the spectrum of agents harbored by I. scapularis, which can serve to focus research and clinical treatment.  Recognition of the multitude of pathogens found within black-legged ticks also should drive efforts to develop blood and urine based multi-pathogen diagnostic tests instead of just asking whether a patient has Lyme disease or not.  GLA is pioneering the advancement of novel “NextGen” multi-pathogen diagnostic tools through funding of companies and researchers at the top academic institutions in the country.