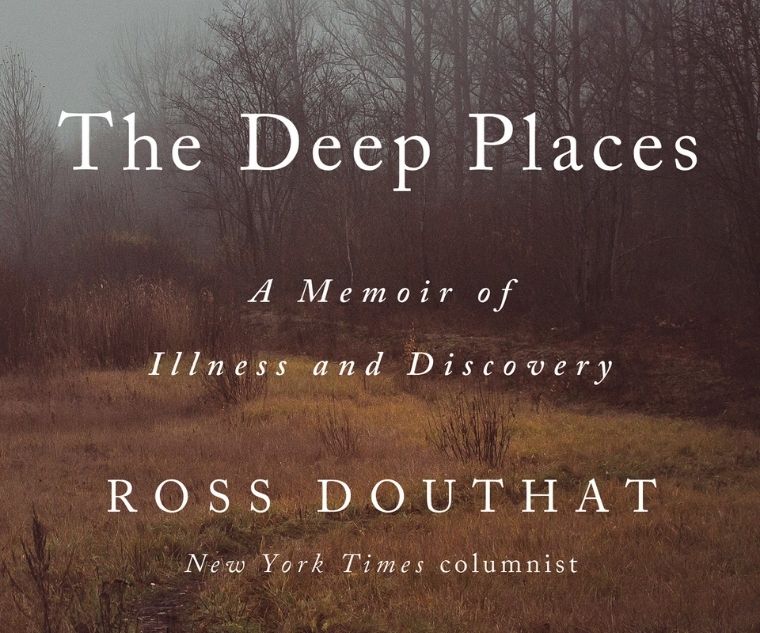 GLA: Can you briefly summarize your experience with Lyme disease?

RD: I first got sick in the summer of 2015, when I was moving with my family from Washington DC to what we thought was our dream house in the Connecticut countryside; I was almost certainly tick-bitten while we were doing the inspection on the house, and I unwisely wandered down into the meadows. But we were still in Washington when I fell apart: It started with a red spot on my neck, which was diagnosed as a boil; them came neck stiffness and headaches, and then a full-body collapse, with terrible migratory pain, insomnia, phantom heart attack, the works. And the doctors in D.C. couldn’t see anything wrong in my bloodwork – my first Lyme tests were negative – and they had no idea what was wrong with me, so they prescribed Xanax and sleeping pills and sent me to a psychiatrist (who, to his credit, told me I probably had a physical illness).

Only when we actually managed to make the move to the northeast, when I had been sick for months, did I see doctors who knew something about Lyme and prescribed a trial of antibiotics. That stabilized me: I was able to sleep and eat again, I stopped going to the ER. But the illness didn’t go away: I was still in pain all of the time, with constantly shifting symptoms all around my body. So at that point I entered the strange world of chronic-Lyme treatment, shuttling between doctors and treatment protocols until – after about eighteen months of simple misery – I finally found one that helped me start to make progress, very slowly, toward the health that now six years later I mostly, but not completely, regained.

GLA: Tell us about your new book. What can others with Lyme & chronic illness hope to get out of reading it? How about those without?

RD: It’s a memoir of the experiences described above, with some details on the history of the Lyme disease debate worked in: It’s partially a medical odyssey, partially a family drama, partially a real-estate horror story with our dream house playing the role of Hill House or the Overlook, and partially a psychological and sometimes spiritual story about what it’s like to live with a disease that official medicine isn’t even sure exists. To people with chronic illness, I hope that it offers a mixture of recognition – meaning that they’ll be able to see their own experiences mirrored in some of my mine – and encouragement, evidence that it’s actually possible to make real progress against even the most intractable-seeming disease. To people outside this world, I hope its testimony will make it possible to see a little more clearly just how serious these mysterious chronic illnesses can be: Whether or not they’re fully convinced of the reality of Chronic Lyme specifically, I want them to be convinced that these kind of illnesses aren’t just a matter of a few aches and pains blown out proportion, that they can really steal your life away, and that they deserve an attention from official medicine that they do not currently receive.

GLA: When and where can we buy it?

RD: Anywhere and everywhere (hopefully), from Amazon to your local bookstore.

GLA: What made you speak out and share your story?

RD: Well, I write for a living, so having something this interesting and harrowing happen to me was natural fodder for my work. They say that you should write what you know, and I now know more about this subject than I ever expected, and it’s one of those stories that you just feel like you have to tell – indeed it’s kind of a relief to have it finally out in the world, after I’ve lived inside it for so long.

So that’s the personal side. And then more practically I felt that the only way that our understanding and treatment of these kind of conditions will get better is if people speak out and describe what it’s like to actually go through it, what chronic Lyme is like from the inside – so I hope I’ve helped with that kind of public understanding, even a little bit, by putting my story out in public. And then finally, regardless of what happens with the medical establishment or the culture, I hope that people who are going through the experience themselves will be able to take a certain kind of help and solidarity from my story, and feel a little more encouraged, a little less alone. 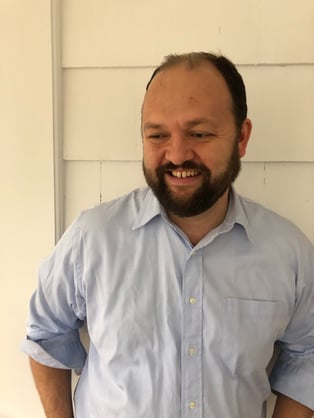 RD: My friends and family acted as well as anyone could be reasonably expected to act, confronted with a mysterious and medically-controversial illness that for months and years I couldn’t figure out how to treat. Which is to say that people who have to live with the chronically ill have their own kind of challenges, and in the cases of spouses and family, their own particular afflictions, the burden of which needs to be taken seriously in thinking about the scope of suffering caused by this kind of disease.

As for how it changed me – well, at my best I would say that it has made me more appreciative of the ordinary graces of life, the kind of simple things that you take for granted until they’re taken from you. I would also say that it’s made me considerably more open-minded about the sheer weirdness and mystery inherent in reality, all the things that still fall outside, or on the fringes, of what the current scientific consensus understands. Which is not to say that I’ve become anti-science; most of the things that helped me get better were, in their own way, scientific, the results of research or experimentation or both. But I have a new appreciation, shall we say, for the ways in which actual science and the current scientific consensus aren’t always one and the same.

GLA: Were you surprised about the reaction to the recent op-ed and the amount of attention it received?

RD: No, not really: These kind of conditions are extremely common, hard to talk about, and surrounded by clouds of skepticism, so I took it for granted that once I wrote about the full weirdness of my experience I would get some kind of strong reaction – and I wasn’t disappointed!

GLA: What if any recommendation do you have for convincing the NIH, CDC, and IDSA that Lyme and tick-borne diseases are chronic in nature and constitute a major, growing epidemic in the United States?

RD: The simplest answer is that they should consider funding tests of antibiotic treatment for chronic Lyme symptoms that actually follow the methods that doctors who have had success treating chronic patients. Doing this is difficult, as I write in my book, because the treatment protocols are so complex, so tailored to the individual patient, and take so long to really work that it’s hard to design a normal controlled study. But I think we can do better than the current alleged “gold standard” studies, which have looked at the effects of taking a single antibiotic for an extra 4-11 weeks. We need studies that look at the effects of multiple antibiotics, over longer periods of time, which “pulsing” and other mechanisms worked in, and with coinfection diagnosis and appropriate treatment included as well. Those would take work and effort and funding, but it should be possible to set them up. From what I’ve seen and read and experienced, it’s no surprise that studies that just give chronic patient an extra few weeks of antibiotics, even IV antibiotics, don’t show results, because for doctors who treat long term, that’s not what usually *gets* results.

GLA: Will you make any changes in your lifestyle or behavior now that you’ve been through this?

RD: You mean, besides showering more often after going in the woods? I think the biggest changes I’ve tried to make are psychological – trying to sustain the feeling of gratitude and appreciation that I get from ordinary experience on the days when I’m feeling a lot better.  Of course I try to eat healthier and get more exercise, but I’m not sure I’m that much more successful at either now than before. I do think – or hope, at least – that in addition to being more open-minded than I used to be, I’m also somewhat more charitable: Because the cliché, that you never know what someone is going through in secret, is really, really true.

GLA: Ultimately, these advances will allow us to find a cure for Lyme disease and other tick-borne illnesses. How would you encourage patients embarking upon their Lyme journey? What do you wish you had known when you first started out?

RD: Honestly I hesitate with this kind of question because if I’d known when I started out exactly how hard the road back toward would health would be, it would have been the opposite of encouraging! But I suppose the best thing to say is that you need to be realistic and optimistic at the same time. If you get very sick before you get diagnosed, it really can be difficult to get better, and nobody should sugar-coat that for you. At the same time, you really *can* get better, which on the worst days can be impossible to believe. So being able to keep going over a long haul of recovery – months when you hope for weeks, years when you hope for months – is really essential, and one of the things that you should keep you going is the knowledge that so many other people have made this journey, or are making it right now, and their experiences prove that progress is possible, recovery is possible, and everything that you need to do and try in order to get there will seem worth it, eventually, in the future that’s waiting for you even now.

Global Lyme Alliance (GLA) is the largest 501 (c) (3) dedicated to fighting Lyme and other tick-borne diseases through research, education, awareness, and patient services. The critical importance of our organization is to bridge the gap between the patient voice and science, allowing for the best research and ideas to give rise to real advances. Explore more on our website.

Opinions expressed by contributors are their own. Ross Douthat is a New York Times columnist and author of "The Deep Places: A Memoir of Illness and Discovery."