Gender and Lyme: Is Tick-Borne Disease Different for Women? 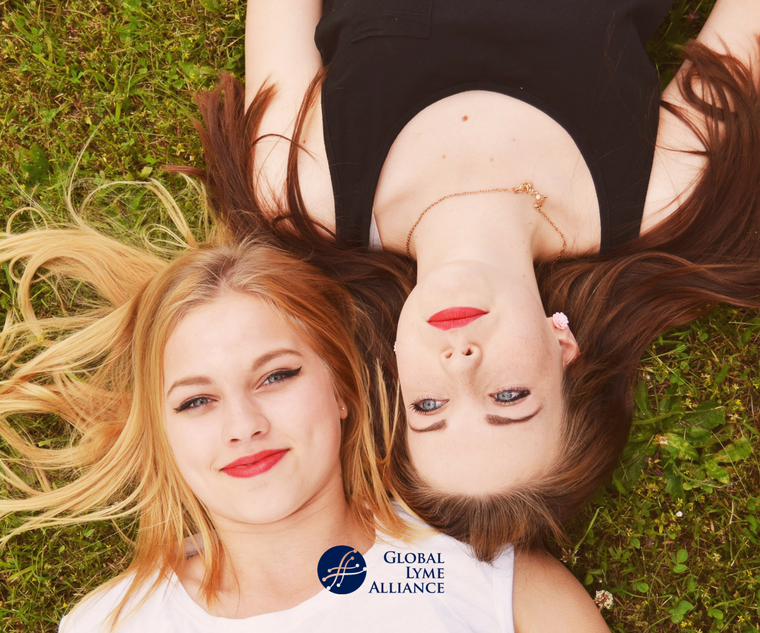 Every Thursday evening, three girl friends come over to eat ice cream with me and watch Grey’s Anatomy. Yes, that show is still on! Despite the fact that it’s been running for 14 seasons, it often makes some commentary on current social issues. In one recent episode, the Chief of Surgery, Dr. Bailey, checks herself in to the hospital because she believes she is having a heart attack. But because her tests initially come back clean—she suffers from Obsessive Compulsive Disorder (OCD) and is under tremendous stress— she grows increasingly upset when her male doctors won’t listen to her, and her symptoms are written off as psychosomatic.

Does this scenario sound at all familiar?

Dr. Bailey’s experience is one that too many female patients go through—not just women with Lyme, but women with any illness. In her March 2013 New York Times article, “The Gender Gap in Pain”, award-winning health writer Laurie Edwards cites several studies that prove that women’s complaints of pain are much more likely to be dismissed than men’s. For Lyme patients, the complaints are not just about pain, but also about brain fog, word reiteration, forgetfulness, heart palpitations, insomnia, and that particularly nebulous one, fatigue. Because Lyme symptoms can seem idiopathic—meaning they arise spontaneously from unknown causes— and do sometimes encompass a psychological component, it’s easy for doctors to write them off as “all in someone’s head.”This especially occurs when faulty diagnostic tests can’t support what a patient knows to be true: that she is physically ill with an all too real pathogen. Women who appear in doctor’s offices wearing makeup or hairstyles that mask how awful they really feel are often told, “But you don’t look sick!”

If women are louder with their complaints, it’s only because they’re not being heard. A patient recently wrote to me to ask if Lyme is more common in women, because all of the other patients in the waiting room of a doctor she recently visited were female. Perhaps those females had legitimate tick-borne illnesses that had been dismissed longer than their male counterparts’, and they had finally made their way to a Lyme Literate Medical Doctor (LLMD). Whatever the reason, medical research demonstrates that more men than women test positive for Lyme disease. A study by Dr. John Aucott of Johns Hopkins University found that when testing for Lyme—with tests that are, admittedly, less than 60% accurate—women’s and men’s antibody responses were different, and more men than women tested positive.

Does this mean more men than women actually have Lyme disease? That’s hard to know, since the tests are so unreliable. What it does mean though is that men have a greater chance of having their symptoms confirmed by clinical tests, while women face a greater uphill battle in getting accurately diagnosed. Some have to wander around for years—it took me eight years, battling both male and female doctors—to be taken seriously. Even on Grey’s Anatomy, the fictional Dr. Bailey had to collapse on the hospital floor before her doctors would admit she might actually be suffering a heart attack, and whisked her in to surgery.

In addition to more men than women being diagnosed with Lyme disease, women face different challenges from the illness. My own symptoms always increase during menstruation, when the hormones progesterone and estrogen diminish. I have a higher chance of getting a migraine than a male, and my fatigue and sleep disturbances are worse during those few days. Doctors and patients alike agree that many, many women say the same thing. Women also have to contend with the possibility of yeast infections from antibiotic treatment for Lyme. Yeast overgrowth can be a problem for any gender, as antibiotics not countered by probiotics and a special diet can cause intestinal yeast overgrowth, but women also have the added potential of vaginal yeast infection.  And of course, women who contract Lyme while pregnant must work with their doctors to manage their own health while trying to avoid passing the Lyme bacterium to the fetus; women who already have Lyme and become pregnant have similar concerns.

Don’t forget that ticks do not discriminate. They will bite anyone of any gender. But  women who get tick-borne illness as a result do often face discrimination when it comes to being validated, diagnosed, and treated by physicians. Once accurately diagnosed, women face different complications than men.

For now, women can’t do much about the fact that menses can worsen our symptoms, or that we are more susceptible to yeast infections, or that Lyme can affect pregnancy. We can, however, speak up for ourselves and for our illnesses. We can push back against doctors who won’t listen, or go elsewhere to find better medical care. We can also fight against the psychosomatic write-offs of Lyme sufferers. And we can share our stories, bonding together in a movement to earn validation and respect for all patients.