Lyme Disease and Mental Disorders: It’s Not All in Your Head 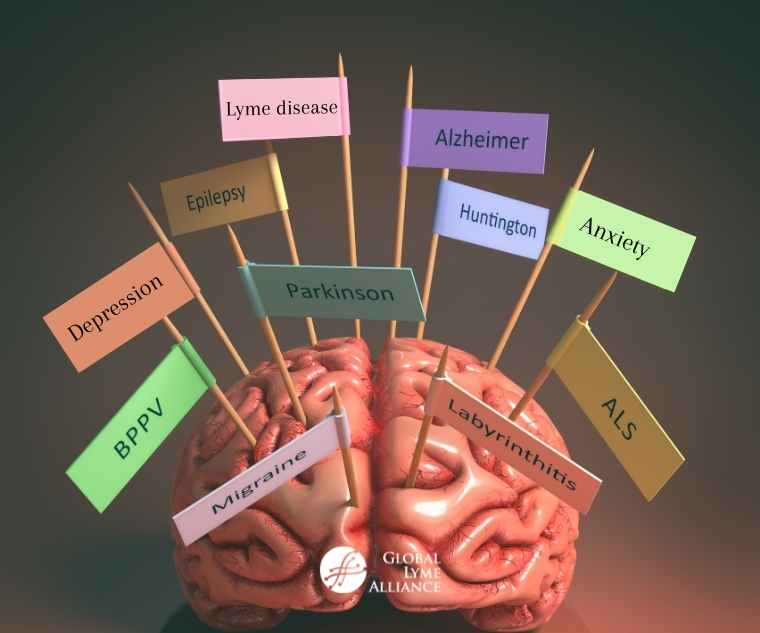 Mental disorders are among the most poorly understood symptoms of Lyme disease. Early on, it was recognized that Lyme disease in late stages includes neurologic symptoms like chronic pain and cognitive dysfunction. Psychiatric illnesses associated with Lyme disease, like depression, bipolar disorder, and suicide, have also been documented. However, these studies have had limitations, such as lacking proper control groups as comparisons, small study size, and short-term follow-up. These shortcomings may explain why mental illness, particularly the mood disorders, have not been broadly accepted as outcomes of Lyme disease. A perception persists that affected individuals are only a small proportion of Lyme disease patients.

Now, a compelling newly-published study funded by GLA illustrates the heavy burden of psychiatric disorders on Lyme patients. The study was conducted in Denmark, using health registries that track all Danish residents from birth until death as sources for data. These registries collect lifelong physical and mental health information. Additionally, socioeconomic databases including education, employment, income, and family status were included. Altogether, this means a wealth of data for epidemiological studies comprised of large numbers of people. In this study, researchers included information on Danish residents aged 3 and older, from 1994 to 2016. During this time interval, data was analyzed from 6,945,837 individuals, of whom those with a diagnosis of Lyme disease numbered 12,156.

The study, led by Dr. Michael Eriksen Benros of Copenhagen University Hospital, determined whether the risk of mental disorders is greater in people with a Lyme disease diagnosis compared to those without. A strength of their work was the inclusion of life and demographic factors that can profoundly affect mental state. These variables are often missing from other studies of mental health, but the population-wide database approach of this study permitted correction for their influence. Basic adjustments for age, sex, and calendar period were calculated, or data was fully adjusted by including these as well as education, marital status, socioeconomic status and chronic medical comorbidities.

They found that Lyme patients had elevated risk of any mental disorder and affective disorders, by calculating incident risk ratio (IRR) – the ratio of risk for Lyme-diagnosed people compared to those without Lyme. Using fully-adjusted data, the researchers found that a Lyme disease diagnosis overall increased the risk of any mental disorder by 28% (IRR=1.28) compared to those without Lyme disease.

Looking at the data in greater detail, the analysis showed that mental disorder risk increased with the number of episodes of Lyme disease. After one Lyme diagnosis, IRR was 1.24, but after two or more diagnoses, IRR rose to 1.79. The first year after Lyme diagnosis had the highest elevated risk for any mental illness (IRR=1.96), indicating that significant psychiatric symptoms were almost twice as high as in the non-Lyme population.

Even five years after Lyme diagnosis, the IRR remained elevated, at 1.19, suggestive of a lengthy association between infection and mental health. The elevated risk was highest in those whose age was between 20-29 at the time of their first Lyme diagnosis, attesting to a stronger effect in young adults compared to older ones. And, all of these values achieved statistical significance, which suggests a correlation between Lyme disease and mental illness.

When the researchers focused on suicide attempts, overall, the Lyme patients had an IRR of 2.01, indicating a two-fold higher risk than people without a Lyme diagnosis, and for dying by suicide, the IRR was 1.75. Tellingly, the highest risk ratio for suicide (IRR = 2.41) was during the first three years after the Lyme diagnosis, suggesting a long struggle with severe mental illness.

The current study is important, because it is the first nationwide study to examine the role of Borrelia infection in psychiatric disorders, both generally for a range of disorders and specifically for depression and suicidal behaviors. And, it is also the first psychiatric epidemiologic study of Lyme disease to study both children and adults.

The authors pointed out that their records included only Lyme diagnoses made by hospital contact – patients who were diagnosed by inpatient or outpatient clinics, which might tend to be more severe cases of Lyme disease. They plan to expand their work to include Lyme cases diagnosed in community settings by general practitioners.

Whether this work can be applied to Lyme disease-diagnosed people internationally is a question that begs further study. Lyme disease cases in Europe are caused by Borrelia garinii and Borrelia afzelii, different bacterial species than Borrelia burgdorferi that dominates in North America. Since the latter is associated with greater inflammation, it may be possible that risk of mental disorders and suicidality may be greater than that observed in Denmark. What’s clear is that mental illness and Lyme disease merits greater study, and attention for patients must include consideration of psychiatric care.

Is There a Connection Between Lyme Disease and Mental Illness in Teens?

Lyme Disease is Causing a Mental Health Crisis: Here’s What to Do