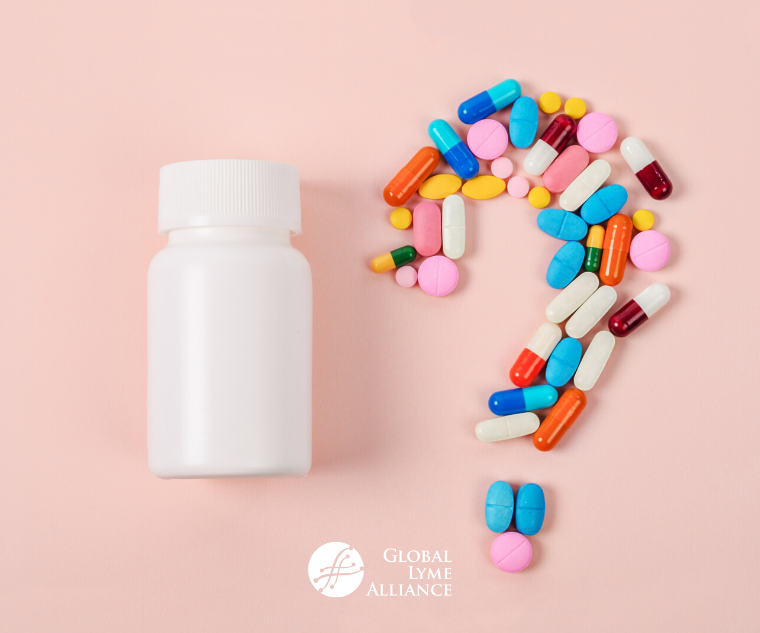 WHY ISN’T THERE A SET TREATMENT PROTOCOL FOR LYME DISEASE?

Patients often write asking how I fought off Lyme and two other tick-borne diseases. I understand why they ask. When you read that someone is doing well, you want to know how they got there. I’m always curious about the techniques others patients have used, too, and am eager to learn about the latest treatment options. I love connecting with other Lyme warriors. But I can’t give them my medical protocol.

It’s not because I don’t want to. It’s not because I’m not a doctor and can’t give medical advice. It’s because doing so truly wouldn’t really help them. Over 427,000 people are diagnosed with Lyme disease each year, and every single one of those cases is different. Not even two of them are alike. Medication protocols must be individually tailored for each individual patient by a Lyme Literate Medical Doctor (LLMD).

Why is this the case? There are set protocols, or at least variations on a theme, for other illnesses like bronchitis and certain cancers. It would seem reasonable to assume that the same would hold true for Lyme, but it doesn’t. For starters, spirochetes (Lyme bacteria) attack people in any number of ways. A few examples: some people may have multi-system symptoms, while others may have mostly joint aches and pains; still another may have mainly psychiatric manifestations. And I’m barely scratching the surface when it comes to how variable Lyme’s effects can be.

Different symptoms are best treated with different families of antibiotics or combinations thereof. Some people do well with an anti-inflammatory that works in conjunction with antibiotics, and some do not. Some people tolerate oral antibiotics just fine, while others develop gastro-intestinal problems and do better on intravenous or intramuscular antibiotics. Again, the family of antibiotics that combats one patient’s symptoms might not work for another at all.

Some people react quickly to treatment; for others it takes a long time and several Herxheimer reactions before they start to notice improvement. Response time can depend on a variety of factors such as whether you have other illnesses unrelated to Lyme (for example, I also have chronic Epstein-Barr virus) and one’s individual immune function. In addition to response time, other factors come into play such as: how long did the patient go undiagnosed, does he or she have tick-borne co-infections (as I do) that can complicate treatment, and has infection crossed the blood-brain barrier. Once an LLMD gets a full picture of a patient’s medical history, they often must try alternating combinations of drugs before they land on what works.

And here’s another wrinkle: what works well for one week or one month might not work so well the next.

That’s another reason I can’t talk about my protocol. It’s because I haven’t had just one but many. If there were a single magic cocktail that gave me steady improvement, I’d gladly share it. But there isn’t. I started on oral antibiotics for six weeks. Then I switched to intravenous antibiotics for a year. Then I went back on different oral antibiotics for another few months before getting well enough to go off medication entirely. And then, three months after that period of remission, I relapsed entirely, and had to start over with another combination of meds altogether.

The only thing that has stayed exactly the same for over a decade is my diet: no gluten, sugar, alcohol, or caffeine. But even that has gotten slightly more lax at times. I now eat small amounts of dark chocolate, when for many years I didn’t touch the stuff at all.

So yes, as I’ve got better and better over the course of more than a decade, I have settled into a certain combination of treatments and therapies that have worked well for me, but that was built on the foundation of treatments I did in the past. Why, even my current protocol isn’t foolproof. Just this past spring, I had a flare-up that required me to tweak my medications and supplements. Even a patient in long-term remission must change her protocol based on waxing and waning symptoms. I will continue to need to do so as needed, likely for the rest of my life or until a cure is found.

But that doesn’t mean you will need to be on medication for the rest of your life or until a cure is found. Depending on the severity of your case, you may only need a short course of treatment. Let my story of eventual remission inspire you, but don’t let it scare you. As long as you’re in the hands of a LLMD, you’ll eventually figure out the treatment plan that works for you. In the meantime, please know that I understand your frustrations, fears, and physical pain, and I am cheering you on!