Pandemics, Ecology, and Food Production: Is There a Connection? 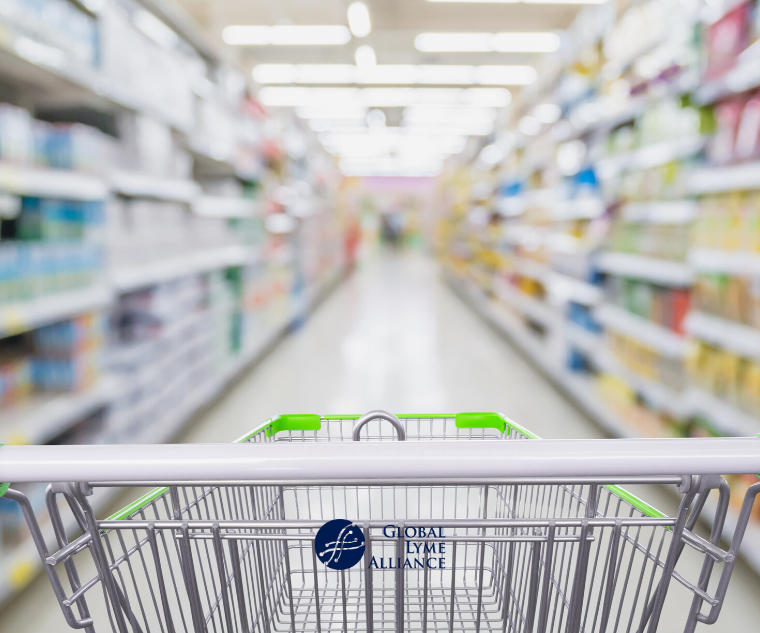 Why and how do pandemics emerge? Is there a connection between our ecosystems and global food production?

Why do infectious disease pandemics emerge? In the Lyme disease community we think a lot about how Lyme and tickborne diseases originated as infections in wildlife. Ticks transmit Borrelia burgdorferi, the bacteria which causes Lyme disease. Interestingly, COVID-19, which has killed more than 200,000 people on six continents, also emerged from animals.

SARS-CoV-2, the virus that causes COVID-19, has been traced to live animal markets in China. Lyme disease and COVID-19 are both zoonotic infectious diseases, meaning illnesses that originated from animals. Digging deeper we find parallels between Lyme, COVID-19, and other emerging infectious diseases which not coincidentally link ecosystems, species diversity, and global food production systems.

An important study found that since 1940, 70% of emerging infectious diseases arise from wildlife. Humans become infected by proximity to animals that are hosts to pathogens, which initially infect only a low number of either animals or humans. The relative density of these new hosts amplifies the pathogens’ ability to further transmit disease. In recent years, the role of diverse ecosystems on human health has become better understood. A systematic review published in 2010 concluded that when ecosystem biodiversity declines, human disease emergence and transmission are likely to increase.

Lyme disease illustrates this principle well. The natural host for B. burgdorferi is the white-footed mouse, which is not only the most abundant small mammal in the northeastern U.S., but also the most competent at allowing B. burgdorferi to replicate and support immature tick feeding. Together with its resilience in surviving in both species-rich and species-poor ecosystems, the white-footed mouse is an ideal reservoir species for the Lyme pathogen.

In contrast, the Virginia opossum is a poor host for B. burgdorferi replication, and it kills most ticks it encounters. So if opossums and mice share a forest, opossums act as a buffering species by reducing both tick numbers and the quantity of infected ticks. Predators are important too—foxes and coyotes hunt mice and thereby reduce Lyme disease risk. However, opossums, foxes, and coyotes are less abundant in the fragmented forests where humans now live in increasing numbers. In these places, mice are plentiful. Thus, diminished species diversity is tied to the increasing transmission of Lyme disease to humans.

The importance of diverse species in reducing pathogen transmission has been observed in other human disease systems as well. West Nile virus, for example, is harbored by specific species of birds, and is transmitted to humans through mosquito bites. Schistosome worms grow in snails, and infect humans who come into contact with contaminated water. Both West Nile virus and schistosomes are reduced when their hosts live among a healthy diversity of non-host birds or snails, respectively.

But what drives species loss, diminished ecosystem diversity, and disease emergence? The United Nations estimates that by 2100, there will be more than 11 billion people. Feeding this increasing population is a major stimulus of these linked problems. This is because expanding and intensifying agriculture, aquaculture, and food distribution will mean industrialization of natural ecosystems, which will reduce native biodiversity on a scale that will dwarf present-day endeavors.

Historically, economic development has reduced infectious diseases and poverty. For instance, increasing sanitation, access to clean water, and medical infrastructure, especially in rural areas, are undeniably positives. But irrigation, land-use changes, and increased agrochemical and antibiotic use have had an enormous impact on species diversity, and human-animal proximity.

Dams, reservoirs, and irrigation networks, though beneficial in distributing fresh water, have also been associated with increased mosquito-borne diseases such as malaria and filariasis. Moreover, the increased density of farm animals has led to large increases in antibiotic use, which has been linked to drug-resistant bacterial infections in humans. Influenza epidemics due to recombined viruses that circulate between domestic poultry and swine, and Mad Cow disease are also the result of industrialized agriculture.

Bushmeat hunting also demonstrates how food imperatives lead to disease. Human immunodeficiency virus (HIV) reached pandemic levels in the 1980s. Closely related to a monkey virus, it first gained the ability to infect humans when hunters ate monkeys. Increased development and travel facilitated the spread of the virus, with poverty, civil conflict, and malnutrition further fueling the crisis. By the end of 2018, 32 million people had been killed by HIV/AIDS.

And COVID-19 illustrates this paradigm as well. Pangolins are the most trafficked mammal on the planet, despite being a highly endangered species. They are valued as food and their scales are used in traditional Asian medicine. Comparison of the viral genomes of SARS-CoV-2 with coronaviruses isolated from bats and pangolins shows their close relatedness. The pangolin virus, in particular, is very similar to the human virus in a key part of the virus’s spike protein. This part of the protein binds to the receptor on human airway cells, known as ACE2, and may account for the ability of the virus to infect humans. Isolating such coronaviruses from multiple illegally smuggled pangolins strongly suggests they very well may be the animal host from which the virus moved to humans.

It is discouraging that feeding the world means the destruction of ecosystems and human exposure to new diseases. What can we do to mitigate or prevent these problems? First, preservation of healthy ecosystems, with adequate numbers of predators and competitors of pathogen hosts like rodents, may keep vector-borne diseases in check. Helping local communities improve healthcare infrastructure, human population control, and education may further reduce deforestation or overhunting of single species like pangolins.

Future human population growth is expected to occur mostly in developing, tropical countries. In these places, subsistence farming, hunting, fishing and gathering must be optimized to sustain local biodiversity and improve crop yields. Further, improved animal and human hygiene would reduce antibiotic use, and boosting nutrition in humans will improve immune functioning in people who are the first to be exposed to new pathogens.

Globally, enhancing genetic diversity in food plants and animals will help mitigate disease risk. Research on optimal land use may identify better ways to preserve habitat while farming. And, as always, improved education, early disease surveillance followed by action can help us to prevent the next zoonotic pandemic.