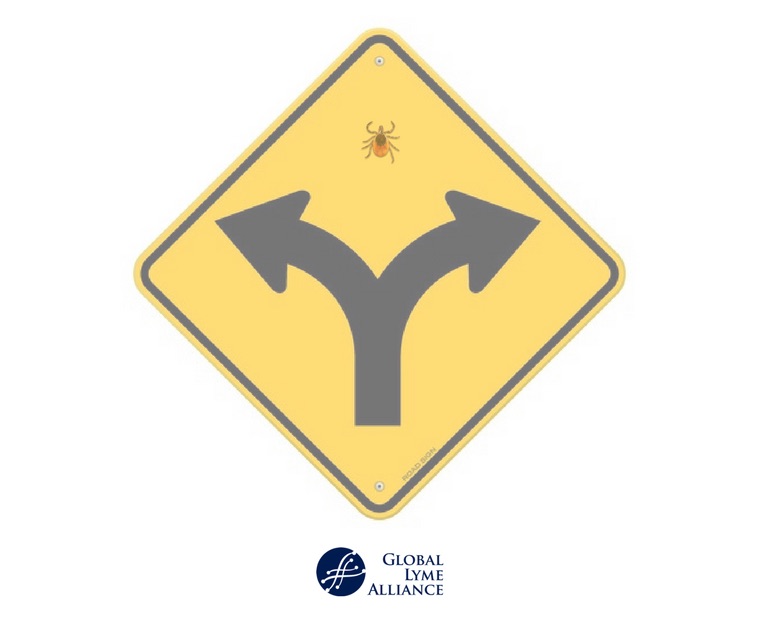 This past year we’ve seen our country’s politics become sharply divided, even though our politicians are supposed to be working together for the greater good of the American people. Watching the news, I’m reminded of the partisan politics of Lyme disease: the doctors occupy two divergent camps, the Infectious Disease Society of America (IDSA) and the International Lyme and Associated Diseases Society (ILADS).

Why would there even be two camps of diagnosing and treating Lyme? We don’t hear about that in cancer, or lupus, or rheumatoid arthritis. Sure, doctors may have different opinions on how best to treat these ailments, but there isn’t an overarching political divide that makes it difficult for patients to get an accurate diagnosis or proper treatment in the first place. Why is that the case with Lyme? How can a disease be so controversial?

Friends ask me this all the time. Until they go through it themselves—until they find a tick bite and have to talk about testing and treatment options with their doctors—it’s hard for them to understand the rift, and it’s equally difficult for me to explain it without giving what feels like a lecture. But it’s important for everyone to understand the basics of Lyme politics, so that when they do get a bite or symptoms, they can make educated decisions. As an informed constituent, I will try to provide a layman’s primer on the two “political parties” of Lyme.

IDSA’s guidelines for treating Lyme disease state that most cases can be cleared up with three weeks of antibiotics, and they do not recommend treatment beyond that point or recognize the existence of chronic Lyme disease, which I have long suffered from.

The problem is that not all patients are diagnosed correctly and immediately. Because Lyme tests only look for antibodies against the infection rather than the actual bacteria, they miss 30-50% of positive cases. Adding to the difficulty of diagnosis are the disease’s nebulous symptoms and their staggered manifestation throughout the human body over months or even years.

Unfortunately, doctors following IDSA guidelines rely heavily on these faulty tests. They also look for the “tell-tale” bull’s-eye rash, called Erythema Migrans or EM. However, this rash appears in less than 50% of all Lyme cases, and can also present in different forms and at different periods of the infection. My initial rash was a blotchy series of red dots on my inner forearm. Only years later did bull’s-eye rashes appear on both of my elbows.

Had I been accurately diagnosed with Lyme when I first discovered that initial rash, three weeks of antibiotics would likely have cleared up the infection.

But I wasn’t diagnosed for another eight years. Left untreated, the Lyme bacteria in my body replicated and spread, crossing into my central nervous system. By the time I was diagnosed, three weeks of antibiotics wouldn’t have touched such a severe, multi-systemic infection. Think of it like cancer: a small, Stage I cyst would require simpler treatment than metastasized Stage IV cancer. My infections were late-stage and therefore required more prolonged treatment.

Luckily, I found a Lyme Literate Medical Doctor (LLMD) who was able to treat me effectively. ILADS trains doctors in the complex diagnosis and treatment of Lyme and other tick-borne diseases. ILADS doctors understand the inaccuracy of testing, and therefore they rely on their clinical expertise to make a diagnosis, just as they would for a sinus infection or a cold. They recognize that Lyme often goes undiagnosed and untreated, and that late-stage Lyme requires longer treatment than the stringent IDSA guidelines allow. ILADS has written its own set of guidelines.

Both sets of guidelines include evidence-based research. Why, then, would there be such a discrepancy? To answer that, you have to look at who wrote the guidelines, and their conflicts of interests. As explained in the documentary Under Our Skin, some of the panelists who wrote the IDSA guidelines had connections to insurance companies and pharmaceutical corporations. For financial reasons, they had a vested interest in denying the existence of chronic Lyme disease, and arguing against the efficacy of long-term treatment.

Seeing my illness be denied for reasons that have nothing to do with my health is like watching politicians deny the science of climate change.

In today’s world, we have to dig through “alternative facts” and “fake news.” So what’s real and what’s fake, what’s right and what’s wrong in the Lyme divide? Only you and your doctor can make the best decision for you, but I can tell you my own facts:

Fact #1: If I had been tested for Lyme disease at the time of my tick bite, it might have been negative, even though I later had a CDC-positive test.

Fact #2: Had I seen an ILADS doctor first, he or she could have made a clinical diagnosis despite nebulous test results, and my co-infections could have been taken care of immediately. The next 20 years of my life would have been completely different: I would have had my health.

Fact #3: Had I seen an IDSA doctor at the time of my accurate diagnosis, eight years after the initial tick bite, I would have been given only three weeks of antibiotics, and I would still be very sick. My symptoms would have gotten worse. Today, 12 years later, I would still be bedridden, instead of in remission and living my life.

Fact #4: The treatment my ILADS doctor prescribed allowed me to get well enough to teach, write, ski and paddle board.

Fact #5: My ILADS doctor is well-versed in co-infections, and treated mine effectively. Had I seen an IDSA doctor, my co-infections in all likelihood would have been ignored.

Fact #6: My ILADS-based treatment for chronic Lyme has not been dangerous, as IDSA purports it to be. Long term antibiotics have had no adverse effects, and I have not built up immunity to the drugs. When I get an acute infection, I still take a normal dose of different antibiotics, and react to them just the same as anyone else would. My doctor is careful and cautious, checking my blood once a month to make sure my medications aren’t harming me in any way.

My hope for Lyme is the same as my hope for our country: that eventually we can have bipartisan support, in this case for the common cause of healing people who are very sick. Until then, it’s important for patients, doctors, and those who are one tick bite away from Lyme to arm themselves with the necessary information to make educated decisions, so they will not suffer as I have.