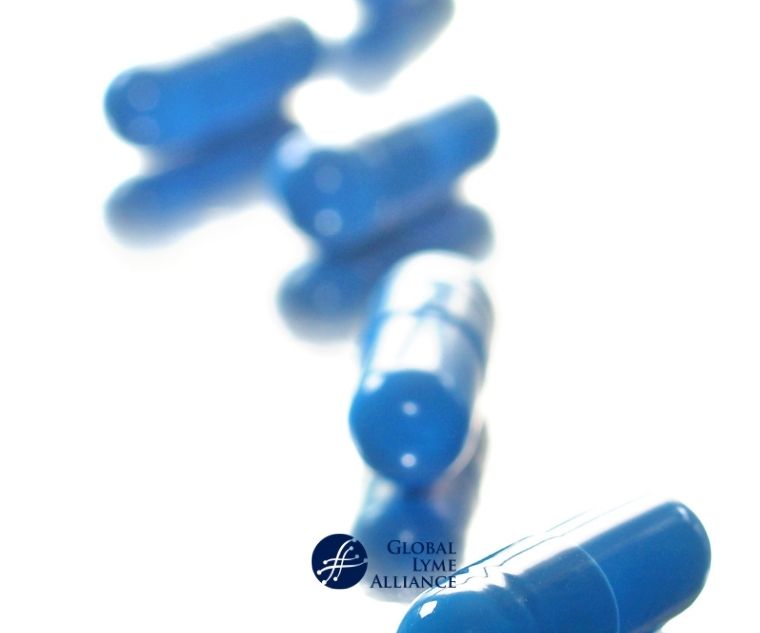 An exciting new finding by. Dr. Kim Lewis of Northeastern University gives hope that Lyme disease can be potentially treated without harming the microbiome

Why is antibiotic treatment for Lyme disease often problematic? A significant side effect of treating Lyme disease is the disruption of the gut microbiome. Since doxycycline, amoxicillin, and ceftriaxone are broad-spectrum antibiotics, they target not only Borrelia burgdorferi, the bacteria that cause Lyme disease, but also other bacteria. For optimal health, a diverse ecosystem of microorganisms live in and on human beings, contributing to our functioning gastrointestinal, cardiovascular, and immune systems. We now recognize that destruction of this ecosystem with broadly-acting antibiotics can be harmful to patients.

Now, an exciting new finding gives hope that Lyme disease can be potentially treated without harming the microbiome. Dr. Kim Lewis of Northeastern University published his study, funded by GLA, today in the prestigious scientific journal Cell. In it, he described the re-discovery of an antibiotic called hygromycin A. His group’s work began with the recognition that soil contains myriad microorganisms, including soil spirochetes, competing for survival. With the presumption that one class of these, the actinomyctes, might have evolved antibiotics against soil spirochetes, the group looked for actinomycete extracts that had activity against B. burgdorferi but were inactive against another bacterium, S. aureus.

The active component they purified and identified is hygromycin A, which was actually first discovered in 1953 by Eli Lilly Co. Since hygromycin A lacks antimicrobial activity against most other pathogenic bacteria, the company never developed it as a therapeutic. But the Lewis group discovered that it is strongly active in killing spirochetes in vitro (in the test tube). They noted in particular that hygromycin A kills Borrelia and Treponema, which are both human pathogens. These bacteria include the species that cause Lyme disease and syphilis, respectively.

A compelling observation was that hygromycin A is relatively inactive against the bacteria that are known as gut commensal bacteria. These inhabit the digestive tract and are vulnerable to doxycycline and ceftriaxone, two antibiotics that are typically used to treat Lyme disease. In vitro, the concentrations of hygromycin A required to kill gut commensal bacteria were between 17 to more than 1000 times higher than the amount needed to kill B. burgdorferi, depending on the precise bacterial species. This raises the possibility that hygromycin A could be used to selectively kill Lyme bacteria in an infected person, while sparing other bacteria.

The researchers tested hygromycin A in Borrelia-infected mice, and showed that when the drug was administered orally or by eating bait containing the drug, the mice cleared the infection. These results show that the likelihood of drug absorption and spread after oral ingestion is high. It also suggests that feeding wild mice hygromycin A bait to eliminate B. burgdorferi in natural host species may be a promising avenue to explore. This strategy would eradicate the pathogen from local environments and provide protection from Lyme disease.

Preliminary toxicity studies were also done, and hygromycin A did not kill human cells in vitro even when drug concentrations were more than 2000 times higher than the bacterial inhibitory concentration. And in mice, hygromycin A caused less disruption of the gut microbiome than ampicillin and amoxicillin, two commonly used antibiotics. Both of these observations point to the potential for hygromycin A to be a safe drug.

The mechanism of action of hygromycin A is likely through inhibition of bacterial protein synthesis, by targeting the bacterial ribosome. However, its exquisite selectivity for spirochetes is probably because spirochetes accumulate the drug within bacterial cells via a specific transporter system of proteins. Initial studies suggest that drug resistance through mutation of this transporter is unlikely to evolve. Since widespread antibiotic resistance is now a medical problem of significant importance, this is another characteristic that makes hygromycin A attractive as a potential antibiotic.

All of these findings, taken together, show promise for hygromycin A as a possible human therapeutic drug. Future steps in development, such as extensive toxicity testing, will show whether we will have a new and improved treatment for Lyme disease. Hopefully, the medical tool chest against this important pathogen will soon be expanded.