Stop the Music! How to X Out the Songs and Words That Keep Playing in Your Head 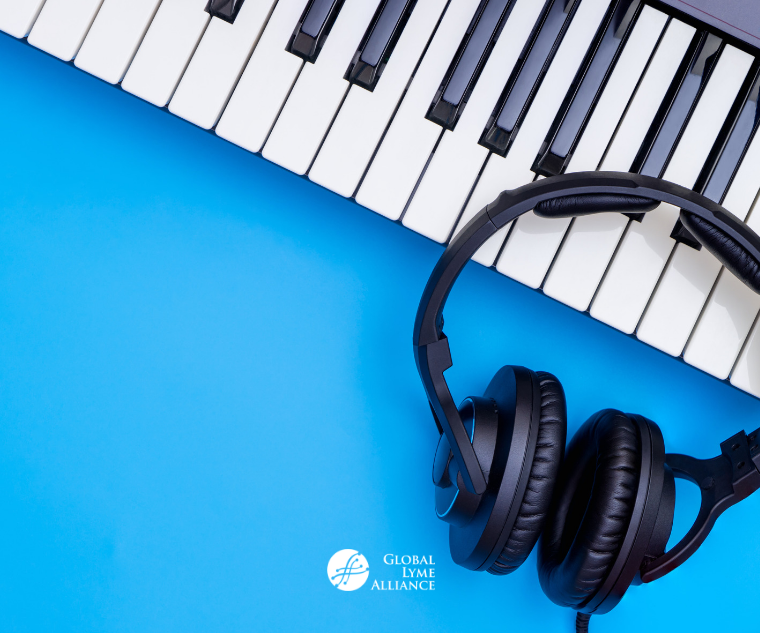 “Don’t play that song—it’s going to get stuck in my head.”

We’ve all said this before. We’ve all heard some catchy tune that plays over and over in our heads for hours, maybe even for the day. Eventually, other thoughts and songs drown it out, the song passes to the background, and we forget it was ever an annoyance. Such songs are referred to by doctors, particularly neurologists, as ear worms. They are harmless.

But what if the song doesn’t get unstuck? What if it played for days, weeks, even a month? And what if another song started playing over it, and then another, and then another, until your brain felt like a DJ mashing tunes on repeat, ad nauseam? That’s called song iteration, and it can be a maddening symptom of neurological Lyme disease.

Songs are not the only thing that can get stuck in a Lyme patient’s mind. Words can play on repeat, too. This is called word iteration. Sometimes the words play like a narration under the songs. It’s like reading a book with four songs playing at high volume. What causes these symptoms, and what do they feel like? Most importantly, how can a Lyme sufferer get the iteration to stop?

When Lyme crosses the blood-brain barrier into the central nervous system, the bacteria, called spirochetes, burrow their way into the brain. Since Lyme is an inflammatory disease, this causes encephalitis, which is often revealed in Lyme patients on a brain scan. At the height of my illness, a SPECT scan showed inflammation on the left side of my brain. Sometimes I could actually feel the swelling. There was so much pressure in my head that I worried unrealistically if it might explode out of my skull.

Lyme invasion of the brain can cause a host of neuropsychiatric symptoms, including word loss (aphasia), brain fog, hallucinogenic nightmares, insomnia, anxiety, depression, mood swings, rage, confusion, and obsessive thoughts or obsessive compulsive behaviors—such as obsessively thinking about words or songs. To be quite clear, these obsessions are not a conscious choice of the patient. That is, the patient is not consciously obsessing over anything. Their compromised brain function is causing these intrusive, repetitive sounds and thoughts. My doctor referred to it as “the needle being stuck” on an old vinyl record.

When I first started intravenous antibiotics, my neurological symptoms actually increased. My doctor’s office had a fountain in the reception area. At first, I found the sound of the trickling water soothing. After a few months of being on IV, that sound drove me crazy. Everything I heard seemed too loud. The gentlest of noises grated on my brain, only adding to the cacophony that I couldn’t shut off. The antibiotics were chasing the spirochetes deeper into my central nervous system, causing this increase of symptoms. While this seemed counter-intuitive, my doctor assured me it meant the antibiotics were working. If I hadn’t used them, the symptoms would have worsened, with nothing to combat them.

The other reason the symptoms worsened was because I was having Jarisch-Herxheimer reactions, which means the antibiotics were killing off the spirochetes faster than my body could eliminate them. This caused a build-up of toxins in my brain, which temporarily increased swelling and worsened neurological and psychiatric symptoms.

At that point, I couldn’t sleep for weeks. I would try counting sheep and singing lullabies in my head, but soon I had numbers counting out beats to “Twinkle, Twinkle, Little Star” and “Hush Little Baby” simultaneously. During the day, any thought I might have would repeat itself at least twice. When I did sleep, I heard a narration in my dreams.

I am a writer, but I could not take the wordiness let loose in my head. I felt insane.

My doctor told me to stay the course of the intravenous antibiotics, and I’m glad I heeded that advice. Eventually, more and more spirochetes died off and were eliminated from my system, and slowly my horrible symptoms abated. The brain fog lightened. I could read again. And blissfully, the iteration quieted. It didn’t completely go away, but now I would only have one song in my head at a time, and my thoughts would not repeat. The needle had become unstuck. The record was playing again, albeit at a slow speed.

There are adjunct therapies that help detox the dead bacteria and quiet the iteration. Integrative Manual Therapy, especially cranial-sacral therapy, opens up the lymphatic drainage from my head. “Your brain gets backed up,” my practitioner sometimes still says, and his techniques release that pressure. Neurofeedback has also helped train me to work better and rest better. It’s allowed the songs and words in my head to play in the background noise rather than the forefront.

Now in remission on a low dose of oral antibiotics, a host of supplements to keep my immune system strong, and a schedule that keeps my neurological symptoms at bay, my word and song iteration is much better, though not entirely alleviated.

I still always have a song in my head. I wake up with a random one every day. Sometimes it changes throughout the day, sometimes it doesn’t. It’s always there, but I don’t really notice it; it’s like ambient noise. When I get overtired, I do start to think of thoughts repetitively and obsess over things, and that tells me it’s time to rest or maybe even change up my medications. At these points the narration of my dreams picks up, too, but a neurofeedback session usually quiets that again. “Signs of a well-trained brain,” my practitioner says calls it.

Antibiotics and therapies haven’t trained my brain to silence, but part of having a chronic illness is learning to lessen and work around certain symptoms rather than hoping for a stoppage that cannot be done. Sure, I’d love for the iteration to go away completely, and will keep working with my doctors to try to make that happen. But in the meantime, I keep humming along.