The Value of Visualization 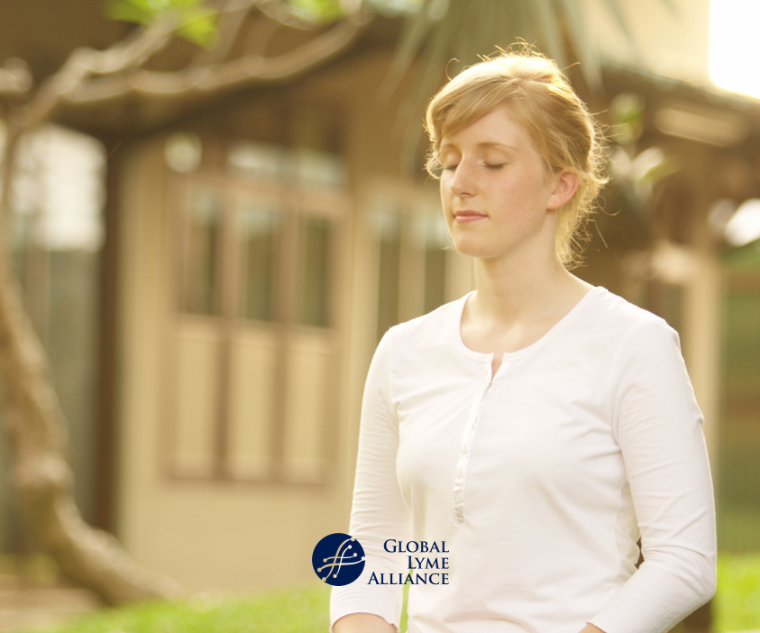 When I was bedridden with Lyme disease and two of its co-infections—babesia and ehrlichia— people sometimes asked if I had tried meditation. Usually, tired of unsolicited advice from yet another person who thought he or she could “cure” me, I would roll my eyes, Meditation might in fact be a good complementary therapy to my intravenous antibiotics and strong anti-malarial medication, but I knew it on its own wasn’t going to cure my tick-borne illnesses.

However, I was doing something similar to meditation at the time. I was using visualization. Whereas meditation helps us stay focused in the present moment, I actually needed an escape from my reality, which was overrun by fatigue, migraines, joint aches, and fevers. I needed to imagine the possibility that I might one day be healthy again. And so as I lay on my bed or couch, I would picture what that future might look like.

I pictured myself skiing, or talking among a big circle of friends, or walking down the aisle in a flowing white wedding dress. I imagined the big Victorian house, a yellow one, that I would live in. I remembered the beauty of fall foliage in Vermont and pictured myself driving through it.

None of these visualizations could have been a reality in my present life. I mean I could barely walk to the mailbox, let alone ski. My energy faded quickly when friends came to visit, and loud places like restaurants caused my Lyme-ridden brain sensory overload. I was dependent on my family, unable to live on my own, and not healthy enough to date. Weddings and houses were out of the question.

But I remembered how my favorite author, Gerda Weissmann Klein, had used a similar visualization technique to get her through her worst days. In her Holocaust memoir All But My Life, Klein says that while she was on the 350-mile Death March led by SS to avoid Allied forces whom surely would have liberated her, she occupied herself by thinking about what color dress she might wear to a future party. As she walked the frozen ground clad in vermin-ridden rags, she debated whether she’d look better in a blue or a red dress.

While my illness could never be compared to Klein’s nightmare, I understand the visualization process she summoned when she needed to mentally escape her reality. When I tried it for myself, I found that the visions gave me hope. They made me feel like I wasn’t giving up, like there was something to fight for.

For me, there was also something powerful about taking the dreams out of my head and tangibly putting them down on paper. They seemed more real that way. I bought a sketch pad and some colored pencils and started drawing what I visualized. I’m no artist, but I was able to outline a crude design of a Victorian home, and color it in my favorite pale yellow. I took breaks when my hand cramped or I got too tired, but then I came back and drew a white wrap-around porch. I added pink and purple hanging plants, and a green swing, just like my grandparents’ had on their porch. Remembering happy days spent in their backyard made me smile, something I did not often do while I was sick. And seeing the vibrancy of a possible future house made my heart thump a little faster. I had incited hope in myself.

Would I ever live in such a house? I have no idea, but just the idea of it was liberating.
Other visualizations came out as lists. I wrote down places I’d like to visit, if I ever got off the couch. I wrote lists of names I liked for my future children. I also wrote about small but achievable goals, like read a book, swim, or practice better self-care.

As I recovered, I forgot about my drawings and lists. Recently though I came across them. I was surprised and proud to find that many of my visions have come to fruition in the last decade since remission. I can ski now. I go out with friends all the time. I’ve traveled to some of the places on my list. And though it may not be a yellow Victorian, I’ve created a home that feels like a home.

I now go through my old lists and put check marks next to things that did come true, and that feels really satisfying. I also still hold on to items that I haven’t been able to fulfill yet, knowing that some of them still might be possible in a future. Like the disembodied voice says in the movie Field of Dreams, “If you build it, they will come.”

Jennifer Crystal is a writer and educator in Boston. She has written a memoir about her journey with chronic tick-borne illness, for which she is seeking representation. Contact her at: