When We Build Cathedrals 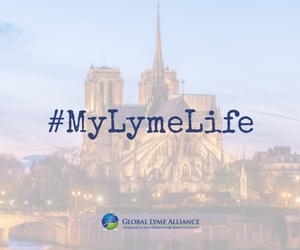 Finding the strength to build when your chronic illness leaves you feeling exhausted and invisible.

I recently read a powerful story by author and speaker Nicole Johnson about a gift she received at a dinner party. It was a book about cathedrals whose message she didn’t understand until she read the inscription from her friend. The inscription read, “With admiration for the greatness of what you are building when no one sees” and came at a time when Nicole herself was struggling with feelings of inadequacy and invisibility as a mother.

When she read the book, she found it life-affirming. The world doesn’t know who built these cathedrals of prestige and beauty, she explained, but the builders were fueled by faith, passion, and purpose in their work. Nicole continued to reiterate a story in the book of a wealthy man who approached one of the builders while he worked. She writes:

“He saw the workman carving a tiny bird on the inside of a beam. He was puzzled and asked the man, ‘Why are you spending so much time carving that bird into a beam that will be covered by the roof? No one will ever see it.’ And the workman replied, ‘Because God sees.’”

I’m not a mother, but these were the words I’ve been needing to hear for so long now. Because while I may not know what it’s like to feel invisible with regard to parenthood, I know what it’s  like in the face of chronic illness. I’ve lived with the hope that someone might see me, hear me, for the past five years—even longer, as this has been a common refrain for most of my life.

Doctors wouldn’t hear me when I told them there was something gravely wrong with my health, when I begged them to help me save my life. So I saved my own by finding a doctor who would. Colleagues refused to see my pain, instead spreading rumors and calling my character and work ethic into question when I couldn’t walk, could barely talk, couldn’t find the energy to lift my head from the pillow for more than minutes at a time. So I confronted them with dignity, pushed myself past my limitations, and fought my way into remission…and a promotion. Family and friends tried but couldn’t understand the lifelong effects of this disease. So I held awareness events in my local community, wrote blog posts and a second novel about Lyme disease to encourage compassion, and reached out to other patients knowing they might be feeling just as alone, to assure them that we were on this journey together.

With each challenge, I’ve pushed forward to save myself, to create something lasting for myself,  to leave a story of hope behind for others. Where this illness has consistently tried to break me down, I keep moving forward to build my life back up because I don’t know how to stop, even through this recent relapse, and the fire inside won’t let me.

I’m tired of fighting against this dark cloud that seems to hang overhead, cutting the signal, preventing me from reaching those I want to reach and helping those I want to help. I’m tired of the days when my energy is sapped, when I lie in bed unable to move, wishing I could be working or writing or being useful in some way. I’m tired of the glimpses—small pockets of life purpose that give me just enough willpower to carry on into tomorrow, but maybe not the next day.

I’m doing so much, but it never feels like enough, and I’m just so tired.

I’m staring at my own life—this cathedral I’ve built from the ashes of this disease—and I can’t see past the beams. What will this life look like in the end? What positive change will have come from my own suffering? What purpose still remains? If I’m invisible to everyone already—feeling like I’m barely reaching anyone—then what hope is there for what I’m building now?

Why are you spending so much time carving that bird into a beam that will be covered by the roof? No one will ever see it.

Because it’s there. I know it’s there, this work I’ve created full of hope and heart, and maybe that’s what matters.

There’s a purpose for us yet.

Susan Pogorzelski is the author of “The Last Letter,” a semi-autobiographic novel about her struggle to find a Lyme diagnosis and subsequent journey through recovery.