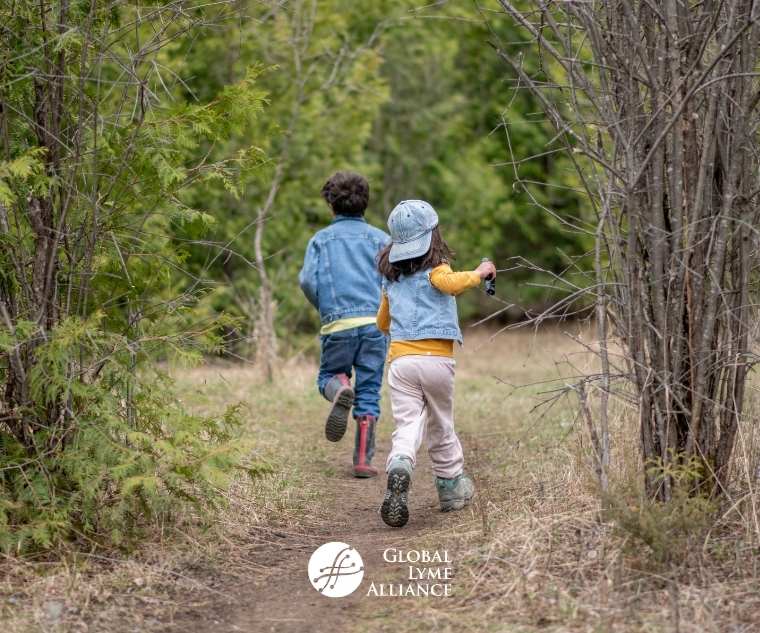 For 11-year-old Jake Diaz, being outside is complicated. He loves playing golf, but he worries about ticks, because he’s lived with Lyme disease for more than half of his life.

“It kind of takes me over and I'm not controlling my body anymore,” Jake said.

Initially, doctors diagnosed Jake with anxiety and childhood depression. He was prescribed antidepressants.

“That was when things got infinitely worse,” Jake's father, Ray Diaz, said. “Jake was trying to physically harm himself. Jake was trying to jump out of moving cars. We were at Radio City Music Hall for the Christmas Spectacular, and we got out of there and he just took off and sprinted away from us in the middle of Manhattan.”

Jake’s mother Stacy Diaz, said it was a matter of life or death: “When you see your eight year old child and you think that you might not see them tomorrow because of it, it's scary.”

The Diazes believe Jake was first exposed to an infected tick when he was two years old.

“Jake was outside playing golf, swinging the club,” said Stacy. “I called him for lunch and he looked at me and he stopped and he just didn't move. He couldn't walk.”

Jake’s doctors now say the incident was likely caused by tick borne paralysis, but emergency room doctors at the time diagnosed it as a pulled muscle. He recovered, but a few years later, a rash appeared on his right thigh.

“The doctor had said if he presents any symptoms, nausea, fatigue, fever, bring him in. If not and it goes away, you're fine,” said Stacy.

The Diaz family lives in Connecticut, a state endemic with ticks. Looking back they think Jake was bitten more than once. Eventually his rash cleared up, but a few months later Jake began complaining that his brain hurt.

“I had headaches, like, almost every day,” Jake said.

After that, the symptoms began piling up: Leg pain, night terrors and night sweats. The most troubling symptoms, however, were the changes in Jake’s behavior; his father described it as being like "Jekyll and Hyde."

At a loss for how to help her son, Stacy found a new pediatrician.

“I sat in her office and I said, 'I do not want to leave here until you do a full blood work,'” she said. “She did the blood work and it came back so quickly. Ray called me and I remember crying at my desk because he goes, ‘Oh my God, Jake has lyme.’ It's tangible and we can now attack this.”

After years of unexplained symptoms, and tens of thousands of dollars in medical bills, Jake finally had a diagnosis and a treatment, antibiotics.

“We got our child back," Stacy said. "It was unbelievable.”

Some experts say climate change has led to an explosion in the tick population, with disease-carrying ticks being found in areas they previously were not, like along the West Coast.

According to the Centers for Disease Control, the number of reported cases of Lyme disease has tripled since the 1990s, and the actual number of cases may be ten times higher.

Most who are diagnosed with Lyme early make a full recovery, but it is estimated that anywhere from five to 30% of people with Lyme disease experience lingering symptoms — a condition called Post Treatment Lyme Disease Syndrome.

Then there are those who had no idea they were even bitten.

“What I see clinically are the patients who, for whatever reason, because of their genetic makeup or their immune status, they never did see any rash. They oftentimes never saw a tick attached,” Dr. Shannon Delaney, co-director of the Cohen Lyme Center for Health & Recovery from Tick-Borne Diseases at Columbia, told Spectrum News. “Those are the patients that oftentimes the illness progresses and affects multiple different organ systems.”

Dr. Delaney, who is now one of Jake's doctors, said he falls into that bucket.

“There is a certain subset of kids that we think has a very distinct autoimmune kind of presentation of things," Dr. Delaney said. "And oftentimes that can be abrupt onset psychiatric problems like tics, OCD, restricted eating, severe mood changes, depression.”

It is a phenomenon first recognized in children recovering from strep throat. As with Lyme Disease, the theory is these infections can trigger autoimmune inflammation in an area of the brain that controls behavior and mood. The clinical diagnosis is called PANS — Pediatric Acute-onset Neuropsychiatric Syndrome.

To read the rest of the article and watch the news story on NY1, click here.