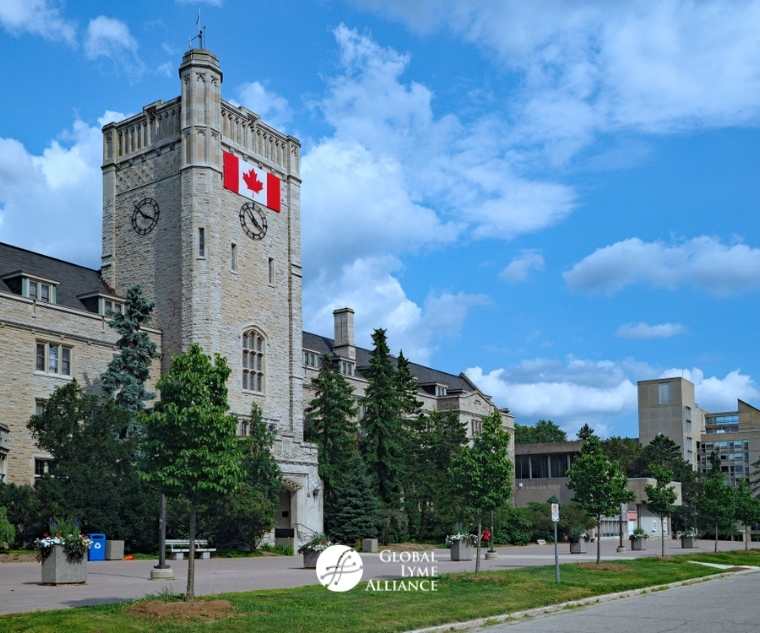 GLA has awarded $100,000 to the University of Guelph to study biofilms in relation to Lyme disease

Improving diagnosis and treatment of debilitating Lyme disease is the goal of a shared research lab at the University of Guelph.

Microbiologists in the College of Biological Science are the first Canadian scientists to receive research funding from the Global Lyme Alliance (GLA), a charitable organization based in the United States.

The $100,000, one-year award will aid in learning more about the bacteria that cause the disease, including pointing the way to better diagnostic tools, said Dr. Cezar Khursigara, a professor in the Department of Molecular and Cellular Biology (MCB).

Lyme disease is caused by the bacterium Borrelia burgdorferi, which is transmitted to people through a bite by a blacklegged tick. The disease has proven difficult to detect and to treat.

Along with MCB professor Dr. Melanie Wills, Khursigara is testing a recent theory that the bug creates biofilms that help it resist the body’s immune defences as well as medications.

Investigating whether Lyme bacteria use biofilms

Bacteria are known to clump together in biofilms. A simple example is the “fuzz” that collects if you miss brushing your teeth for a few days, he said. Elsewhere, bacteria biofilms can clog water and sewer pipes and lead to corrosion.

Others may cause chronic disease, including strains of bacteria long studied by Khursigara that cause lung infections in people with cystic fibrosis.

“They come in different flavours but all bacteria are known to have the ability to associate with other bacteria and organisms to forms biofilms under the right conditions,” he said.

“Bacteria secrete sugars and proteins and basically erect a fort around themselves to protect themselves against antibiotics.”

The U of G team is investigating reports that Borrelia also creates biofilms, which might help account for the chronic nature of Lyme disease. The bacterial cells are known to change their shape as they aggregate, although researchers don’t know why.

They are looking for telltale protein markers that would indicate that the bacteria are forming these structures in Lyme patients.

“If you don’t know what’s wrong with people, you can’t really fix it,” said Wills, who is the director of the G. Magnotta Lyme Disease Research Lab at U of G. “If these bacteria form biofilms in people, there are characteristic molecular signatures we can detect as biomarkers.”

Still many unknowns about Lyme bacteria 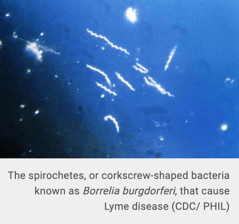 “For such an important organism, we don’t know a lot about it,” he said. “It’s hard to grow and work with, it’s not lab friendly. There are big holes in the basic microbiology of this organism.”

Click here to read the rest of the article.