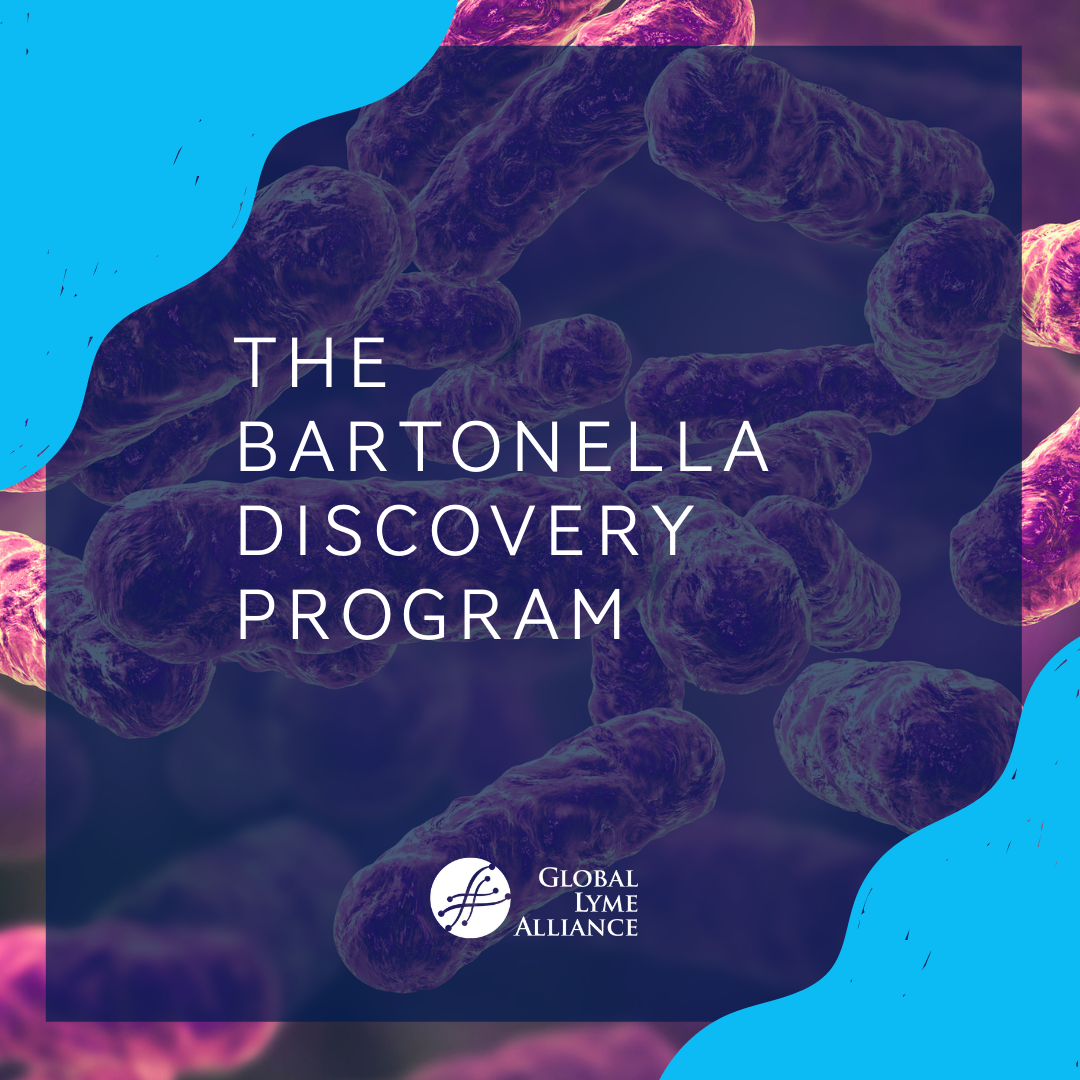 The Global Lyme Alliance (GLA), an established 501c3 nonprofit, has launched a crowdfunding campaign in honor of Lyme Disease Awareness Month in May. GLA will use this campaign to bring attention to another debilitating illness that also affects many people with Lyme disease. The study will look at hidden bacteria known as Bartonella, a vector-borne pathogen that many Americans may carry. Bartonella can cause Bartonellosis, an infectious disease that can affect the brain, eyes, heart, and other organs. Bartonellosis can cause depression, anxiety, OCD, and encephalitis (which can result in seizures and coma).

Like Lyme disease, Bartonellosis is increasing in prevalence and can also go undiagnosed due to lack of awareness. Current antibiotic therapy for complicated Bartonellosis does not always eradicate the disease, and patients continue to suffer. The Bartonella Discovery Program is a project designed to help achieve the following:

The U.S.-focused study is multinational and multi-site at premier academic institutions using top Bartonella and biofilm experts. Associate Professor Monica Embers, PhD, a microbiologist and immunologist at the Tulane National Primate Research Center who has studied the persistence of tick-borne infectious diseases despite antibiotic therapy, is The Bartonella Discovery Program Director. When asked about the impact this program could have on patients, Dr. Embers said, “With this project, we aim to use sensitive detection methods to directly find the bacteria in patients who are suffering from clinical disease consistent with Bartonellosis.   This could tremendously impact patients who suffer from chronic disease that has been difficult to diagnose because if we can reliably detect the bacteria, it would offer direct evidence to support the diagnosis.”

In addition to Dr. Embers, the chief investigators of this program will consist of B. Robert Mozayeni, MD, a nationally recognized expert on the research and treatment of Bartonellosis patients who is the Chief Medical Officer of Galaxy Diagnostics, co-founder of the Foundation for the Study of Inflammatory Diseases, and Past President of International Lyme and Associated Diseases Society; Marna Ericson, PhD, Director of the Cutaneous Imaging Center in the Department of Dermatology at University of Minnesota, whose laboratory focuses on understanding mechanisms of persistence of vector-borne infectious diseases and in particular the stealth pathogen Bartonella; and Annette Moter, MD, PhD, Group Leader of the Biofilm Center at the Institute for Microbiology, Infectious Diseases, and Immunology at Charité - Universitätsmedizin Berlin, whose main research interest is developing novel tools for detection and therapy of biofilm-associated microbial infections.

GLA’s team of PhDs and its world-renowned scientific board will coordinate and review the study design to increase the probability of success and ensure publication of results in scientific journals.

GLA seeks to raise $300,000 to conduct this research. Please donate here to support this study whose goal is to help those who are suffering with Bartonellosis, PANS, or dementia. “Without a better understanding of where Bartonella lives and hides within a patient’s body we have little hope of developing more effective treatment options than those we currently have,” says Sellati. If co-infections like Bartonellosis are effectively treated, other infections like Lyme disease may have a better chance of being treated as well.

Global Lyme Alliance is the leading 501(c)(3) organization dedicated to conquering Lyme and other tick-borne diseases through research, education, awareness, and patient services. GLA has gained national prominence for funding some of the most urgent and promising research in the field, while expanding education and awareness programs for the general public and physicians. We support those around the globe in need of information about tick-borne diseases, finding a Lyme treating physician, or with peer-to-peer mentor support. Learn more at  GLA.org.