by Admin at Global Lyme Alliance on February 7, 2017 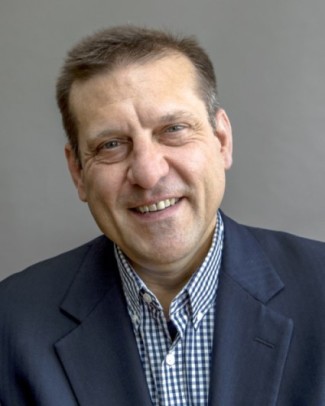 GLA Awards Record $2 Million in 2016-2017 Grants to Top Researchers Throughout the U.S.

Greenwich, Conn (February 7, 2017)--Global Lyme Alliance (GLA), the leading private nonprofit dedicated to conquering Lyme disease through research and education, announced today that it is awarding a record total of approximately $2 million in grants to top researchers at leading academic and medical research institutions across the U.S. These recipients of GLA’s 2016-2017 grant cycle are working on a wide array of projects to develop a greater understanding of the disease, improve diagnostics, treatment and prevention.

“For years our organization has led the Lyme community in identifying and backing innovative research, so we’re especially proud and excited that we’ve doubled our research funding since last year,” said Scott Santarella, GLA’s CEO. “The more funds we raise, the faster we can solve the mystery of Lyme disease and bring about change for millions who suffer from tick-borne illnesses.”

“GLA prides itself for providing the vision to drive the research agenda, initiating the teaming of top researchers to collaborate on projects and evaluating research proposals received globally. We continue to provide the leadership in scientific research that others follow and build upon,” said GLA Chairman and Scientific Advisory Board member Robert Kobre.

In announcing the new grants, Santarella noted that GLA had received the most grant applications in its history—$4.3 million in funding requests.

“While we were pleased to receive so many quality grant applications this year, such a profusion underscores the fact that there are far more talented scientists eager to focus on Lyme disease than there is funding to support them,” Santarella said. He noted, for example, that $25 million is allocated by the National Institutes of Health annually for Lyme research, which infects more than 330,000 in the U.S. each year, compared with $42 million for the mosquito-transmitted West Nile virus, which affected about 2,000 in the U.S. last year.

“Federal funding for Lyme research is miniscule, yet the Lyme threat keeps growing,” he said. “This speaks to GLA’s importance in working with private donors to fill the void and drive advancements in the field.”

“As the number of Lyme and tick-borne disease cases continues to grow, there is a tremendous impetus to keep the science moving forward,” said Mayla Hsu, Ph.D., GLA’s Director of Research and Science. “GLA is proud to support the important research being conducted by some of the best and brightest men and women in the field today.”

GLA’s research portfolio includes a broad range of projects such as persistence of infection after antibiotic treatment and the development of new diagnostics. Studies focus on microbial physiology; genetic work to determine how the bacteria that causes Lyme survives in a host; efficacy of different modes of antibiotic therapy, and why some people continue to have symptoms despite the seeming absence of bacteria.

Researchers were selected following a rigorous evaluation process using guidelines established by the National Institutes of Health (NIH). Each proposal was evaluated by Grant Review Committee members of GLA’s Scientific Advisory Board and met the same scientific standards that NIH applies to its own grant review process. The resulting 2016-2017 grant awards represent projects judged to have exceptional prospects of delivering measurable advances.

Lyme disease is the most common vector-borne disease in the U.S. There are no accurate diagnostic tests for the disease, no tests to prove that Lyme bacteria are eradicated or that an individual is cured. Some 20 percent of individuals with Lyme end up with long-term health problems.

ABOUT GLOBAL LYME ALLIANCE Global Lyme Alliance is a leading private nonprofit dedicated to conquering Lyme and other tick-borne diseases through research and education. The 501(c)(3) nonprofit is headquartered in Greenwich, CT. For more information go to GLA.org.