Why Summertime ‘Flu’ Could Be Lyme Disease 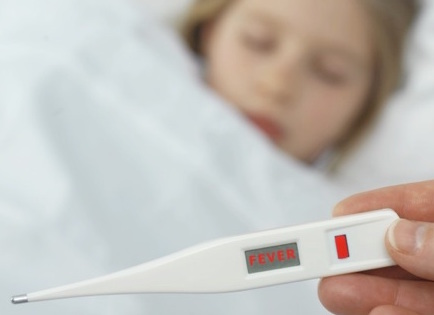 The risk of getting Lyme disease is greater than ever before. Global Lyme Alliance is warning that anyone with flu-like symptoms this summer should suspect Lyme or another tick-borne disease, particularly if they live in or have visited a rural or suburban area in recent weeks.

Greenwich, Conn (July 14, 2016) - You’re enjoying a wonderful summer—hiking, picnicking, gardening, enjoying the great outdoors. So why have you suddenly developed a fever, chills, headache, joint and neck pains, and feel totally exhausted? If you are suffering from a flu-like illness, it could in fact be the beginning of Lyme disease.

“It’s important for people to understand that if they develop flu-like symptoms in the summer—especially within weeks of being in rural or suburban areas—they should see a doctor and get tested for Lyme,” says Scott Santarella, CEO of Global Lyme Alliance, the leading private nonprofit dedicated to conquering Lyme disease through research and education.

That’s what former “Real Housewives of New Jersey” cast member Amber Marchese discovered recently after posting her social media followers that she had come down with a summer flu. But after she described her symptoms, a friend suggested Marchese get checked for Lyme disease. Marchese went to her doctor, got tested, and learned that she did indeed have the tick-borne illness.

The risk of developing Lyme, a potentially debilitating illness carried by black-legged (deer) ticks, could be greater this summer than ever before. Lyme is now the most commonly reported vector-borne disease in the nation, with 329,000 new cases every year. Lyme disease-carrying ticks have undergone a population explosion, doubling their range in less than two decades. They are in all 50 states and in more than 80 countries.

June through August are prime times for tick troubles because the insect-like creatures are in their hungry “nymph” stage. Their tiny size (no larger than a poppy seed) makes them hard to detect on clothing or skin. Because their bite is painless, they can attach to the skin and feed on an individual's blood—often unnoticed—for days. They also tend to attach to parts of the body that aren't readily seen, like behind the knee, groin, armpits and scalp.

“Nymphal ticks do seem more active this year,” says Connecticut State Entomologist Kirby C. Stafford III, Ph.D., “although we haven’t quantified the numbers yet. People need to be aware that Lyme disease is a constant risk in areas where it is endemic. They should also be aware that deer ticks may carry other pathogens that cause diseases such as anaplasmosis and babesiosis."

Many people think they need to see a bull’s-eye rash in order to have Lyme, but less than 50 percent of those infected actually develop one. “Not everyone with Lyme has a rash, so even if the skin looks normal, don't be deterred from seeking a doctor's advice if there are flu-like symptoms that last a few days without signs of improvement," said Santarella. “These early symptoms could lead to debilitating health problems, eventually affecting the nervous system, brain, joints or heart.” There is currently no fool-proof diagnostic test for Lyme, but to get the most accurate blood testing results possible, ask your physician to use both the ELISA and Western Blot tests.

For detailed information on best ways to protect yourself, children and pets from ticks and Lyme disease, visit GLA.org/prevention/.