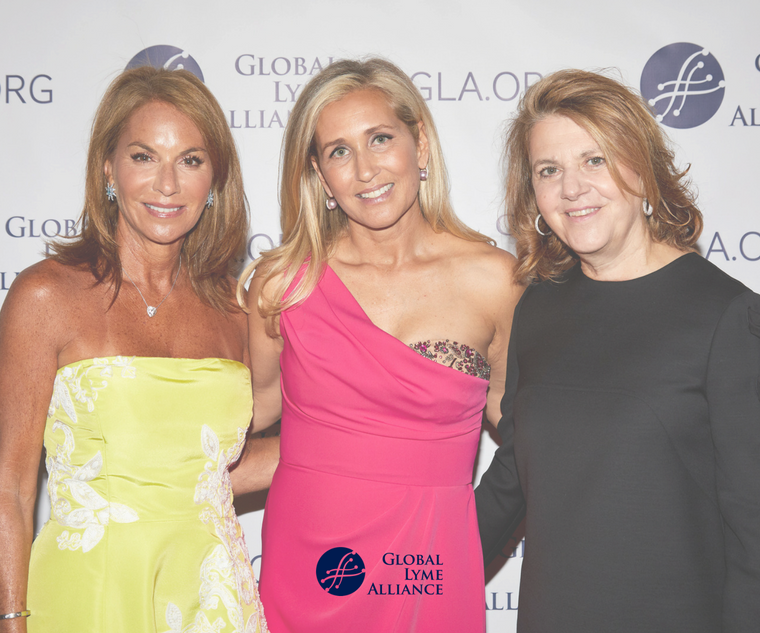 Global Lyme Alliance honored Lyme disease patients and researchers at its annual Greenwich Gala on Saturday, May 12 at the Hyatt Regency Greenwich. The event supports GLA’s mission to conquer Lyme and other tick-borne diseases through research, education and awareness. The Gala was preceded by GLA’s Research Symposium.

Gretchen Carlson, TV journalist, female empowerment advocate and chair of The Miss America Organization, served as the emcee of the Gala. In her opening remarks, Carlson, a Lyme disease survivor, said the event would not only focus on “this amazing organization” dedicated to advancing research and education, but on the “power of women.” She noted that the three mothers serving as co-chairs were “successful and resilient moms, strong in spirit and conviction.” All three have been caregivers and supporters of daughters who have suffered and continue to battle Lyme disease.

Carlson was soon followed by Scott Santarella, GLA’s CEO, who introduced Nicole Baumgarth, D.V.M., Ph.D., Professor of Immunology at the Department of Pathology, Microbiology & Immunology and the Center for Comparative Medicine, University of California, Davis. A GLA grantee, Dr. Baumgarth received the Lauren F. Brooks Hope Award for being among the first to document immunologic failures on multiple levels in Lyme disease. In accepting the award, she said: “We are all here to no longer have to be here…to find a cure and, even better, to find a mechanism to prevent this disease so none of us have to think about how this horrible disease is affecting our loved ones.”

Gala supporters were treated to a live performance by singer/songwriter Jesse Ruben, whose mother, Janet Ruben, presented him with GLA’s Star Light Award for his ongoing Lyme disease outreach efforts. In one of the more emotional speeches of the night, she admitted that initially she had trouble believing her son’s Lyme diagnosis. “I didn’t listen when he told me he was suffering,” she said. “I let what I thought was going on to color the truth.” Happily, Janet learned more about Lyme and their family was able to provide Jesse with the support that contributed to his healing. But she appealed to those in the audience, saying “those of you with people in your lives who are suffering with Lyme…please…listen to them. Hear them. Support them any way that you can. They need you.”