When Lyme Disease Takes Away Your Energy 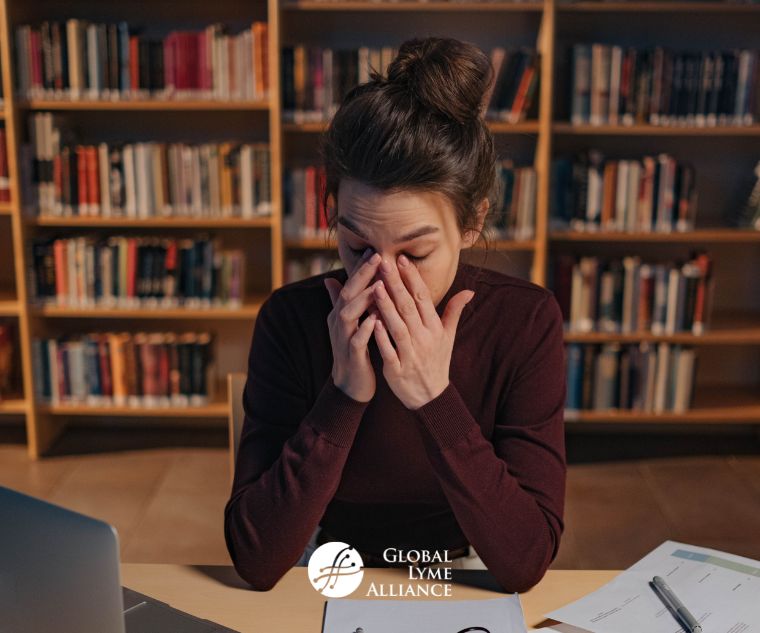 Those with Lyme are not lazy or unmotivated. They are suffering from a lack of energy as a result of fighting an invisible illness.

During my long convalescence with Lyme disease, I was close to bedridden for the better part of three years. Some days I could drive to the pharmacy. Sometimes I could stay awake for a short phone call with a friend. On really good days, I could walk to the mailbox. But most of the time, I was in bed or on the couch. I didn’t have the energy to get up and do anything else, and often I couldn’t even engage in “quiet” activities like reading or watching TV, because they would rile up my neurological symptoms.

Well-intentioned people would say, “You should get up and go for a walk. It’ll make you feel better.” Even medical professionals who weren’t Lyme literate would chide, “It’s not good for you to lie around all day.” One mental health professional who I saw supposedly to talk about the difficulty of having my life put on hold by illness suggested, “You should get on the substitute teacher list at local schools.” I had been a highly energized teacher in my pre-illness life, but when I replied, “I no longer have the energy to teach; I could hardly get to this appointment,” she looked at me with exasperation and said, “Well you should be teaching. It’ll give you energy.”

These comments were made by people who didn’t understand, or who perhaps didn’t believe in a chronic version of, Lyme and other tick-borne diseases. They saw my symptoms as “all in my head,” and thought I just needed encouragement to get up and moving. In fact, what I needed, desperately, was rest. My body was fighting intense late-stage infections. In addition to Lyme, I was also wrestling babesiosis and ehrlichiosis, as well as chronic active Epstein-Barr virus. Babesiosis is a parasite that usurps oxygen from the red blood cells, causing air hunger and a feeling of “hitting of wall” after exertion. Epstein-Barr is the virus that causes mononucleosis; in its chronic active form, the patient feels the extreme fatigue of mono all the time. I also suffered fevers, headaches, joint pain, burning extremities, and other symptoms that kept me relegated to bed no matter how badly I wanted to get up.

This is what the “encouragers” didn’t understand: my lack of energy did not stem from a lack of desire. I wasn’t lazy. I didn’t lack drive. It wasn’t that I didn’t care, or that I didn’t try, or that I didn’t have the will. The reason I didn’t have energy was because illness had zapped it. When I tried to do anything of things they suggested, I felt much, much worse. It takes an incredible amount of energy to fight any disease, let alone multiple chronic infections. The treatment for these infections can deplete your energy, too. Your body needs rest so that it can focus all of its strength on healing.

Think about how you feel when you have the flu. You lie in bed, unable to perform the tasks of daily living. Because people tend to understand the flu, they usually don’t encourage you to do get up and moving. They know that in a week or two, when you’re better, you’ll slowly regain your energy and get back to your everyday life.

The problem with Lyme disease is that it doesn’t always get better in the time society generally allows for illness—say, a week or two. Those who are lucky enough to get a timely Lyme diagnosis and are treated immediately may indeed feel better after a few weeks. However, up to 20% go on to experience persistent symptoms. And that number doesn’t include all the people who battle Lyme disease for years due to delayed diagnosis or other complications.

Of course, once someone starts to get better from any illness, they do need to get up and moving, slowly. Generally, patients are so sick of being sick that they actually spend too much energy when they start to feel a little better, causing themselves to crash and burn. I had to learn to pace out my newfound energy, to save it up so that I could do more over time.

And more I did do. I did talk short walks, which eventually turned into longer ones, which eventually turned into physical therapy and then skiing and paddle-boarding. I did get back to teaching, first by volunteering short hours, then by dipping my toe into the working world, then by teaching one class and now teaching several. I didn’t need to be pushed to do any of these things. I didn’t need convincing. I had the oomph all along. All I needed was my health to be restored.