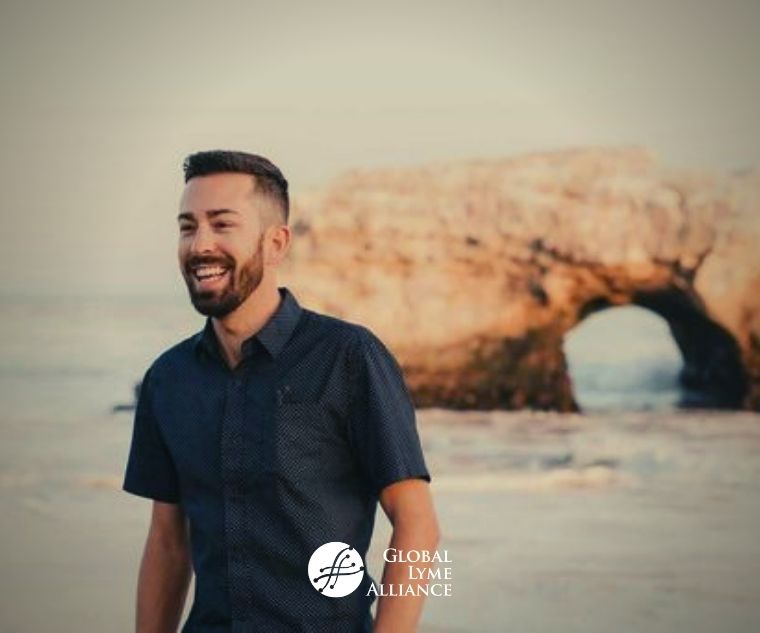 The following letter submitted by Samantha Davis is a harrowing account of her husband Nate’s grueling and tragic experience with Lyme disease. Stories like this occur more often than we know, and it is critical we share these testimonies to honor and remember the victims of Lyme disease, and promulgate their call for action. On behalf of GLA, we stand in solidarity and service with Samantha Davis and her family, and pledge to path-find a cure for all.

In June 2018, Nate, an ecstatically expectant father, began a long and tragic battle with Lyme disease. It all started with some very unusual symptoms that included pain and swelling in his hands. This worsened over the coming months, followed by rapid weight loss as well as muscle and joint pain throughout his entire body. As the year went on, his condition declined, with new symptoms that arose seemingly every day. 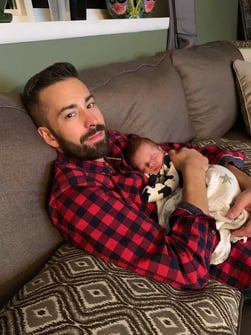 With the birth of his son later that year in November 2018, Nate began consulting with specialists to try and understand the source of his issues. At this point, symptoms were consistent with Dermatomyositis (an inflammatory skin rash) and Rheumatoid arthritis. He was referred to rheumatologists and infectious disease doctors, but time and again tested negative for arthritis or any infections. He continued to seek help from doctors across the spectrum, and underwent evaluations for what seemed like every possible immune disorder and infectious disease, but his bloodwork indicated nothing abnormal. No markers for disease. Some doctors would go so far as to tell him he appeared to be “a healthy guy” and didn’t present ill. It felt like he was constantly being dismissed and no one believed him. As time went on, we would grow more and more desperate for answers.

Nate sought private bloodwork in early 2019, the company guaranteed this assay could detect every known pathogen and diagnosis. His results came back the same, nothing. A dermatologist convinced Nate that despite testing negative for dermatomyositis per a blood test and skin biopsy, he should begin a course of steroids to correct the skin condition. Nate commenced a course of steroids for six months, but with no improvement.

Convinced this wasn’t the root cause of his condition, in December 2019 he underwent another private test. Finally, after a year and a half of searching, we had a result: he tested positive for Bartonella and Rocky Mountain Spotted Fever. He was elated to finally have answers, and his new Lyme doctors instilled in him a long-lost sense of hope. By this point, a Lyme-literate medical doctor (LLMD) reviewed his entire bloodwork history, and identified indications of chronic Lyme from his very first blood-work. Unfortunately, as we came to learn, many doctors are ill-equipped to recognize Lyme or coinfections from lab work, particularly doctors in regions with few reported incidences of Lyme.  We were grateful to have finally found a doctor and a diagnosis.

In early 2020, shortly after stopping steroids and starting Lyme protocols, Nate got worse. His mobility deteriorated, he kept losing weight, and he developed such acute insomnia that he’d remain awake for days at a time. We suspected that the steroids suppressed his immune system, leaving the active Lyme infection unchecked and able to fully disseminate throughout his body.

In late 2020, a doctor recommended a mold test, and the results showed high exposure in 4 out of the 5 most toxic molds. Lyme and mold infections are often diagnosed in tandem, but in Nate’s case, it was uncertain if one condition or the other or both were causing his symptoms.

In January 2021 Nate’s pinky started to die, and yes, it was as awful as it sounds. When he went to the ER we learned he had air escaping from his lungs as well. The doctors diagnosed this as pneumomediastinum, however, they could not detect the source by means of an x-ray, cat scan, and ultrasound. So after three days and dozens of bewildered doctors insisting “this isn’t what Lyme does to people, but we don’t know what is wrong with you,” Nate was sent home. By this point, Nate was obviously and visibly ill. He had lost most of the hair on his body and his head, he was extremely frail, and was unable to walk any distance on his own.  He wasn’t able to absorb a sufficient amount of oxygen at the hospital for those three days, and was suffering immensely as a result.  Nate was instructed to rest his lungs and just let the finger die.  This was honestly where things felt the worst; nothing would ease the pain in his finger and he just had to suffer through it. Meanwhile, I could feel the air bubbles in his neck creeping up into his vocal cords, causing him to lose his voice periodically for months. The hand specialist seemed unbothered by his finger and assured us that when he was healthy enough, they would amputate. However, that time never came, as he was unable to have surgery and his lungs never resolved.

As he continued to endure serious and unresolving symptoms and “herx’s” that persisted for weeks at a time and would get exceedingly worse, we hoped to get him admitted into one of the major hospitals or Lyme clinics in the country, but all these clinics were at capacity and unable to accommodate us.  As 2021 painstakingly continued, Nate regressed.  He withered away until he was unrecognizable.  He lost his long-fought battle with Lyme and coinfections on June 5th. 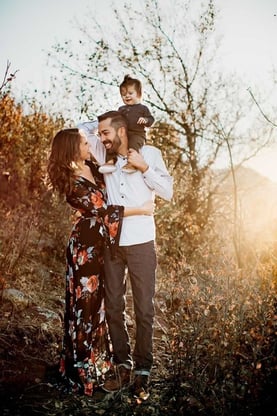 In retrospect, I believe Nate was failed by the Lyme illiterate doctors who did not understand chronic Lyme and mold infections, and missed Nate’s diagnosis in the early days of his symptoms. He spent years fighting to simply be taken seriously, and prove he was sick, and lost years trying to find what was wrong while not getting the right treatment.  In fact, his treatment exacerbated his condition. Looking back, Nate was infected by a tick-bite in Moab, UT in 2014. Colorado and this region of the United States has little familiarity with Lyme, and next to no understanding in how to treat it, recognize it, and what it does when left untreated. To be honest, I didn’t know what Lyme disease was before this experience, nor did I know that the CDC doesn’t recognize it as a chronic condition. Now, due to that fact and the total lack of education around this disease, my 2-year-old son no longer has a father, I have lost the love of my life, and the world has lost an incredible and loving soul.  He leaves behind a devastated family at the hands of a broken system.

My hope in sharing Nate’s story is to provide awareness in sharing some of these abnormal symptoms. To recap, his symptoms were extensive and included: Severe Raynaud’s (resulted in 50% of his left pinky finger necrotic), skin lesions on joints severe in hands, skin peeling on fingertips with inflammation, chronic fatigue, severe joint and muscle pain, severe inflammation in all joints and skin, depression, hair loss all over body, flu-like symptoms, severe weight loss and muscle atrophy, pneumomediastinum.

A note from GLA:

It is critical that we share our heroic accounts with this disease, both good and bad. Like a growing chorus, accounts like Nate’s will tip the scales. Lyme has claimed innumerable victims, but as we continue to share our voices, we can ensure that their legacies are not in vain, and pave the way for answers. Our hope is that Nate’s story is a call to action, and underlines why GLA’s work is so necessary.  On behalf of Nate, it is our great task to continue his fight by conquering Lyme disease, once and for all. In consideration of Nate’s story, we would direct you or anyone you know experiencing symptoms to find an LLMD as early as possible.  Visit the GLA referral program for assistance.

If you are in need of support, visit our patient support resources page. 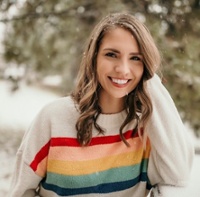 Opinions expressed by contributors are their own. Samantha Davis is sharing her husband Nate’s story in hopes of providing awareness of the symptoms that are commonly overlooked for Lyme. If you have questions for Samantha, please email us below.