What it Means for a Patient to be Heard 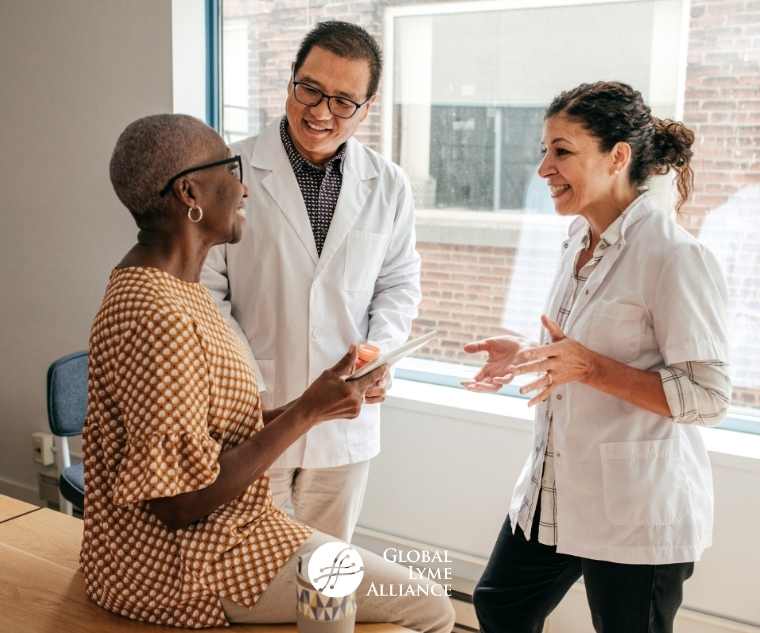 A friend experiencing unusual fatigue finally went to see a doctor recently. “I was so nervous,” she told me. “I was afraid he wouldn’t believe me.”

As a patient with several chronic illnesses that took years to diagnose, I knew exactly how my friend felt. Before being accurately diagnosed with chronic active Epstein Barr virus, Lyme disease, babesiosis, ehrlichiosis, and possible bartonella, I’d been passed off by countless medical practitioners who couldn’t figure out the derivation of my nebulous symptoms including bone-crushing exhaustion, migraine headaches, brain fog, insomnia, and hallucinogenic nightmares. I became so used to hearing, “Well, your bloodwork looks normal, so there’s nothing wrong with you” and “You must just be stressed/depressed/run down,” that I began to question my understanding of my own body. I started to think maybe I was just crazy.

Over the years, I continued to seek answers for the increasing physical symptoms I experienced, but began arriving in doctor’s offices not just nervous, like my friend, but defensive. As women, our fear and defensiveness were not unfounded; a study entitled “The Girl Who Cried Pain: A Bias Against Women in the Treatment of Pain” shows that women are more likely to have their pain characterized as “emotional,” “psychogenic,” and “not real.”[i] And regardless of gender, a 2019 study in the Journal of Internal Medicine found that the average amount of time it takes a doctor to interrupt a patient is 11 seconds[ii]. Within 11 seconds, a doctor is already placing a patient into a cookie-cutter box, not hearing important details that could help them make an accurate diagnosis.

To her great surprise, my friend had a different experience with her recent doctor visit. “Not only did he listen,” she told me, “but he was compassionate.” After hearing my friend explain that her fatigue was not normal sleepiness, that she was feeling sick all the time and was sick of it, the doctor said, “That sounds awful. I’m so sorry you’re experiencing that. Let’s try to figure out what’s going on.”

Before even getting a diagnosis—and not knowing if she would even get one—my friend got something else she really needed: validation. In order to trust her doctor, she needed to know that he believed her.

I felt the same way when, years after my symptoms began, I went to see a naturopathic physician. Before the appointment, I wrote out my entire medical history, and carried it like a shield against my chest when I entered the office. That doctor read my entire written account. He underlined points. He jotted notes in the margins. He stopped to ask clarifying questions. He made me feel heard before he even really spoke.

The naturopathic physician was only able to figure out a portion of my diagnosis—chronic active Epstein Barr virus—but he still sticks out as one of the best practitioners I saw, because he didn’t write me off. He wanted to work with me to get me back to health, even if he didn’t have all the answers. In fact, when he suspected underlying tick-borne infection when I presented with erythema migrans (EM) rashes on my elbows a year after first seeing him, he admitted that such an infection was out of his wheelhouse, and sent me instead to a Lyme Literate Medical Doctor (LLMD). Rather than put the responsibility on me when he couldn’t solve the problem, this doctor sent me to someone who could. Unlike so many physicians I’d seen before him, his hubris did not cloud his Hippocratic Oath to first do no harm.

Being heard is critical to all patients, especially those with diseases like Lyme that are steeped in controversy and misunderstanding. These patients need first and foremost for their suffering to be acknowledged—and not just by physicians. Many Lyme warriors fight to be believed by family members, friends, and coworkers. Patients don’t need people to be fully Lyme literate, or to have the magic answer. We just need people to try to understand. To listen. To offer compassion. To take our hands and offer to walk with us, even if we’re not sure of the destination.