Why Is Lyme Disease So Hard to Treat? 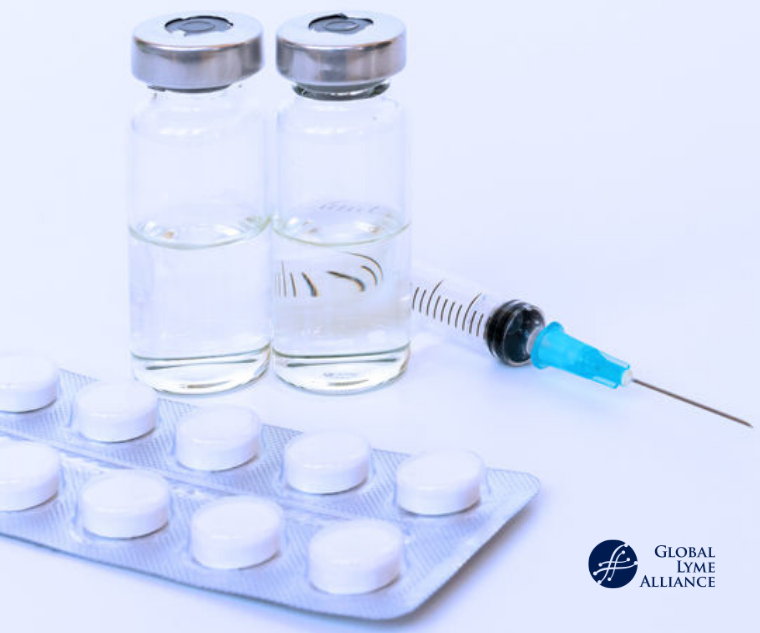 For many Lyme disease patients, the bacteria seem to outsmart antibiotic treatment. Why?

It’s a hotly debated topic, and one that is still not completely understood – what causes the persistent symptoms in many Lyme disease patients?  Why is it that 10-20% of patients, after early diagnosis and treatment with antibiotics, continue to face long-term, chronic, even debilitating, symptoms including joint or muscular pain, fatigue, and/or neurocognitive problems? And why do patients diagnosed later in their disease often have a more difficult time finding an effective treatment? Key possible culprits, persister bacteria, are under investigation, and researchers are uncovering their fascinating and diverse array of adaptive abilities, with the goal of one day eradicating them and more effectively helping patients.

Borrelia burgdorferi, the spirochete bacteria that cause Lyme disease, have an elaborate lifecycle, critical for their own day-to-day survival. They have evolved adaptations to multiple, sometimes harsh, environments – moving from bloodmeal-source host animals to ticks, repeating the cycle back into host animals, and sometimes into humans. Persistence is an essential and multi-faceted strategy that B. burgdorferi and other bacteria use to survive and adapt to their highly varied environments.

Unfortunately, these same adaptive abilities may also provide B. burgdorferi the ability to survive an onslaught of antibiotics. In vitro (in culture), treatment with antibiotics kills off most cells, but a small number survive because they adapt to have a new superpower – they are tolerant (although not resistant) to an aggressive antibiotic challenge. Their strategy is to lie dormant during an onslaught of antibiotics, changing their protein composition and shape. When the conditions are just right, and the antibiotics are cleared from the host’s system, they can then transform back into mobile spirochete form (thus giving them the freedom to resurge and multiply). GLA-funded research by Kim Lewis and his team at Northeastern University as well as research by GLA-funded Ying Zhang and his group at Johns Hopkins University revealed this amazing strategy. Their teams independently confirmed the existence in culture of dormant, persister B. burgdorferi, providing evidence that these persisters arise during antibiotic treatment and transform back into mobile spirochetes post-treatment. Whether this phenomenon occurs in patients remains to be shown, but it suggests a way to explain why antibiotic treatment is inadequate in a sizeable proportion of patients.

Interestingly, persistence is not unique to B. burgdorferi. The bacteria that cause other chronic diseases (e.g., tuberculosis, syphilis and leprosy) also form persisters.

A Master of Disguise

How do persisters survive harsh conditions such as antibiotic treatment? For one, they have an altered gene expression profile, producing key proteins which allow them to live in the presence of antibiotics. Throughout its life cycle, B. burgdorferi is a master chameleon, transforming itself from its corkscrew-shaped spirochete form into a variety of shapes, such as round (metacyclic), L-form bacteria, spore-like granules or cysts, and then back again into spirochetes. These different forms can impact diagnosis. For example, there is some limited evidence that B. burgdorferi takes on L-forms in spinal fluid, which could impact methods used for screening when a case of neuroborreliosis (a neurological manifestation of Lyme disease) is suspected, for example.

B. burgdorferi, similarly to other bacteria, may also transform itself into biofilms, which are a complex aggregate of bacteria with a protective slimy mucus layer surrounding it. Studies by Kim Lewis provided evidence of biofilms contributing to persistence in other diseases, such as Cystic Fibrosis and oral thrush. However, there is only minimal in vitro evidence in the case of B. burgdorferi, which is limited in usefulness until more research is done, and further studies will illuminate whether biofilm forms of B. burgdorferi exist in patients.

Yet another strategy used by the wily B. burgdorferi and other bacteria is to invade host cells. For example, the bacterium that causes tuberculosis (TB), Mycobacterium tuberculosis, can exist in a dormant persister state in TB lesions, which necessitates much longer antibiotic treatment in patients than is seen in vitro. Some preliminary findings suggested that in cultured neurons, glial cells, macrophages, and skin keratinocytes, atypical and cystic B. burgdorferi have been found.

Researchers have had very limited success in cultivating replicating B. burgdorferi directly from animals or humans post-antibiotic treatment, which is part of the difficulty in doing experiments on persisters. There is some indirect evidence of persisters from multiple studies in animals (mice, dogs, monkeys) infected with B. burgdorferi and treated with antibiotics. For example, using a mouse model of Lyme disease, after one month of antibiotic treatment, researchers isolated B. burgdorferi DNA and detected non-dividing but infectious spirochetes.

When B. burgdorferi-infected nonhuman primates were treated with antibiotics, bacteria were also recovered from multiple tissues, suggesting that bacteria could survive. Signs of inflammation in and around these tissues were also observed.

In an exciting 2019 study, Ying Zhang and team isolated slow-growth forms of B. burgdorferi (including biofilm-like, round body and spirochetes) from culture and compared mice inoculated with these slow-growing forms versus mice inoculated with fast-growing spirochetal B. burgdorferi. The slow-growth persister B. burgdorferi were not only more tolerant to the standard Lyme disease antibiotic treatment with doxycycline or ceftriaxone but they were also associated with more severe arthritis in mice than the fast-growing spirochete form. However, a cocktail of antibiotics – Daptomycin, Doxycycline and Ceftriaxone – did successfully eradicate the infection in the mice infected with slow-growing persisters. Human studies modeled after these would be helpful in understanding the disease course, especially the response to antibiotics.

Despite all these promising results in culture and in animals, trials in humans have not advanced well. Based on research done to date, researchers cannot confirm or exclude that live persisters are present in antibiotic-treated patients who have persistent symptoms (i.e., patients with post-treatment Lyme disease symptoms). One large part of the problem is the shortage of confirmed Lyme disease patients for clinical trials, as many patients lack concrete clinical (serological) evidence of having Lyme disease. In three separate clinical trials, only 4% of 5457 patients made it through the screening process to enter a trial.

Altogether, some critical groundwork has been established in the study of persisters.  However, studies surrounding persisters are still in early stages, and their connection to ongoing symptoms of post-treatment Lyme and chronic Lyme still warrant more confirmation and extended studies. There is a great need for evidence-based research conducted at all levels of research involving persisters, from in vitro studies through clinical trials. Supporting these efforts calls for improved diagnostics and detection methods for persisters, and an incremental move into larger-scale human studies which confirm the presence of live persisters and explore treatment options. GLA is optimistic that with future studies, there will be new breakthroughs in this very important area.