Melissa's Battle Against Lyme and Bartonella 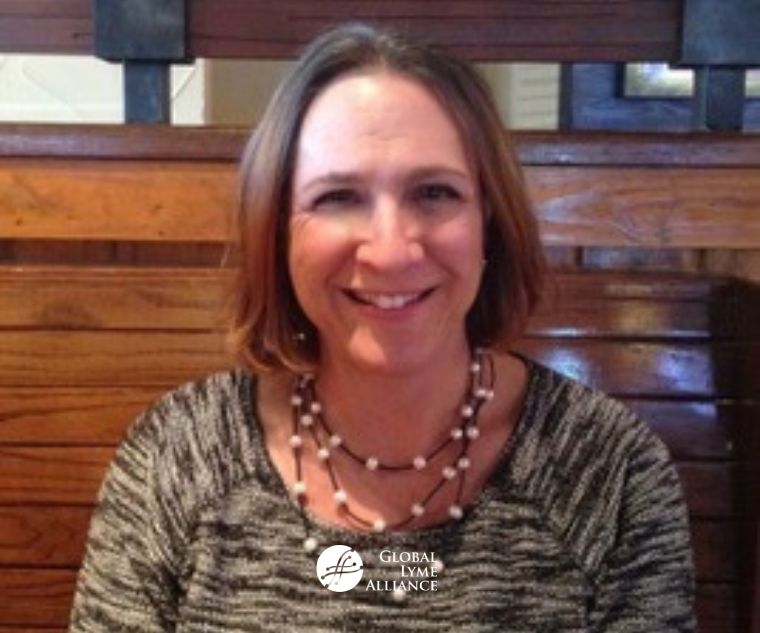 Melissa Mclnerney is sharing her story in order to raise awareness for Lyme disease and Bartonella.

I was bitten by a tick while hiking to Robert Frost’s house in Bennington, Vermont. I found it stuck to my rib cage when I showered later that day. I returned home to Denver, Colorado and ten days later got sick with flu-like symptoms. My primary care doctor told me that since I did not have a bull’s eye rash, I could not have Lyme. He was following the CDC guidelines for diagnosing Lyme. I was unschooled in Lyme disease and I wanted to believe his words. Big mistake.

Finally, we were able to get all three of my infections under control. One, however, keeps coming back. That one is Bartonella.

Fast forward eighteen months. I am sitting in the waiting room of an LLMD in Albany, New York. There is an LLMD in Colorado, but the next available appointment was six months out. He has my test results in front of him. A Western blot test confirmed his suspicions that I had Bartonella. I also tested positive on two bands for borrelia. He made a clinical diagnosis for babesia. For the next three years, I was sick almost all of the time or herxing. Finally, we were able to get all three of my infections under control. One, however, keeps coming back. That one is Bartonella.

I had so many symptoms with Bartonella. The top symptoms were neurological: rage, depression, anxiety, depersonalization, and debilitating cognitive decline. These were the days when my daughter drove me to the grocery store (because I forgot how to drive a stick), made sure I got what was on my list, and carried my purse and paid (I left my purse at the store more than once). I couldn’t remember words. I had a system to make sure I was taking all of my medications; I moved them from one side of the sink to the other, one with a sticky note that said “am”, the other “pm.” I had piercing headaches and neck aches. My teeth hurt. My eyes played tricks on me and itched and burned. I had chronic sore throats and zings in my hands and feet. I was exhausted all the time. My liver ached. I had pain in my feet. Many mornings I hobbled into the bathroom wondering if this was going to be my life now.

Seven years later, I am mostly in remission, and my relapses are almost always Bartonella. It’s difficult to get any kind of consensus on why Bartonella is emerging as one of the co-infections that becomes chronic in some patients. When a flare-up begins, I don’t often recognize the sore throat, neck ache and brain fog. I’m amazed each time it happens. I obsessively read the symptoms and tick them off one by one. I start to find mistakes in my writing. Housework becomes more difficult. I cry for no reason and anxiously fret over my life. Nothing is as I intended it to be. I was in Vermont for an MFA in Creative Writing, a degree I hoped to parlay into teaching, or a job in writing and editing until I was able to retire in ten or fifteen years. That didn’t happen. 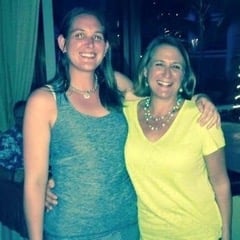 What happened is I have had to rethink my life. I chose to simplify things by selling my big house and buying a smaller townhome with my daughter. I live with my ninety-three-year-old dad in Tucson most of the year in a retirement community. I have reduced bills, stress, and responsibilities to the bare minimum, so I can prepare for my future, whatever that may be. I need the time and space for relapses. I look for silver linings (and I do, every single day). I can spend precious time with my dad. We lean on each other. In turn, my daughter and I are extremely close. We also take care of each other, all three of us, in a way I had never imagined before Lyme. I contribute in the ways that I can, and continue to hope. In some ways, I am healthier than ever, the demands of Lyme forcing me to get enough sleep and exercise (I walk the dog every day, and swim and lift weights when I am well enough). I have found an anti-inflammatory diet (no gluten, dairy, sugar, caffeine, or alcohol) helpful. I have a therapist who has been invaluable by helping me stay flexible as I adapt to my circumstances.

When a relapse happens, I have to let go and simply hold on until it is over. It’s not the physical discomforts that make this difficult, but the mental ones. The neurological impact of Bartonella has been, and continues to be, the worst of all of the symptoms I have experienced. Whatever terms I choose to use (a preview of dementia, an inflamed brain, madness) none of them do justice to it. I cope by reading everything I can about Lyme. I find solace in knowing that I am not alone in my suffering. GLA is one of the sites I turn to. We need funds and support to help with every facet of Lyme, including debilitating co-infections like Bartonella. 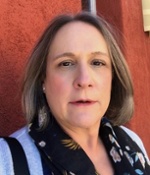 *Opinions expressed by contributors are their own. Melissa McInerney earned her MFA in fiction from Bennington College in 2015 and her BA from the University of Texas Austin in 1981. She has written a series of short stories about growing up in boomtown Houston and blogs about living with Lyme disease at http://lifeandlyme.net/blog/. Her work has appeared in Logophile, Blue Lake Review, Good Works Review, Jet Fuel Review and https://www.fiftiness.com/. She tolerated the south and its unrelenting heat for years. Now she thrives in Colorado with her grown daughter, three dogs, and a cat. She hikes, swims, avoids skiing, and is learning Spanish.