The Teeny, Tiny Ticks that Cause the Most Lyme Disease Are Out 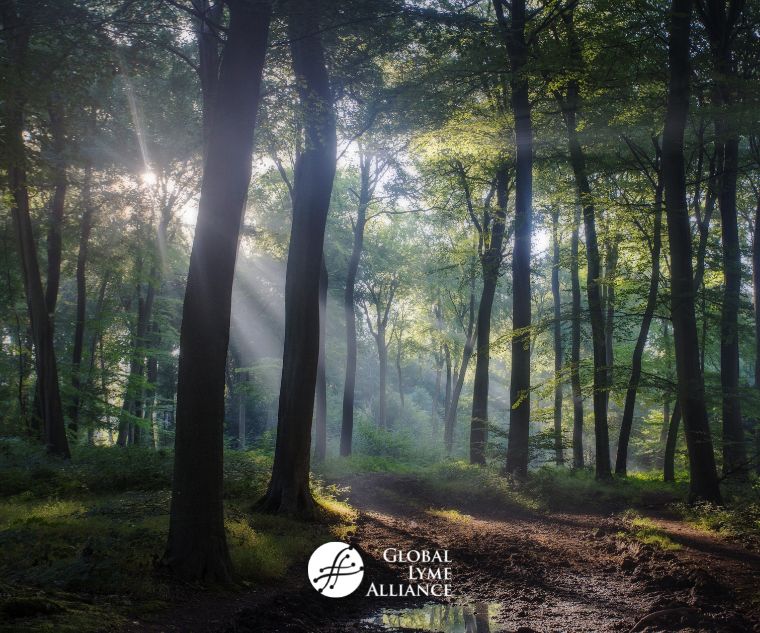 GLA-funded researcher Dr. Kim Lewis (and others) are interviewed in this important article that explains why tick exposure is so dangerous, particularly during this time of year.

By Cynthia McCormick Hibbert for News@Northeastern

Summer is here, meaning it’s time to break out the tick protection along with the sunscreen. Although the deer ticks that transmit Lyme disease are active whenever it’s above freezing, they are not only out now, they are so tiny—the size of a pencil tip or poppy seed—they are practically invisible.

Why is tick exposure so dangerous at this time of year?

That lack of visibility gives them stealth disease-transmitting powers.

“This is when a lot of people get infected,” says Northeastern University professor Kim Lewis, director of the university’s Antimicrobial Discovery Center.

People are outdoors, enjoying backyards, parks and hiking trails. But if they can’t see the tick that bit them to remove it with a pair of tweezers, they give the tiny ticks more time to feed on them and transmit pathogens with their saliva.

No wonder then that Massachusetts state public health officials say the majority of cases of tick-borne disease, including Lyme disease, occur from June to August.

At this stage of development, deer ticks are known as nymphs. They will hang around until August, when if they are lucky enough to get a blood meal they will turn into adults, says Larry Dapsis, entomologist with the Cape Cod Cooperative Extension.

Adult deer ticks actually are more likely to carry the bacterium, Borrelia burgdorferi, that causes Lyme disease, Dapsis says. But being more visible—they are sesame seed-sized—the adults are more likely to be spotted and pulled off before they can do any damage.

“The infection rate for nymphal ticks is 20% compared to the adult stage, which is 50%. But the nymphs are responsible for 85% of all tick-borne diseases,” Dapsis says.

The nymphs emerge in mid- to late-May and tend to lurk in the leaf litter, unlike the adults that perch on grasses and shrubs that are knee high.

What can people do to protect themselves from Lyme and other tick-borne diseases?

Dapsis says there are a number of things people can do to protect themselves from becoming a meal for the tiny arthropods, the terrorists of the forest floor, and he has enumerated them in a  series of short videos on fighting tick-borne disease.

The first line of defense is to spray clothing–especially footgear—with permethrin, a medication and insecticide that Dapsis says The Food and Drug Administration deems safe for attire used by adults and clothing.

“Spray shoes until they are visibly wet” and spray again after four weeks, Dapsis says.

Dose pants to mid-thigh on the exterior and from the knee down inside, he says.

Spray clothes while they are off your body and don’t apply permethrin to skin.

A tick on a surface treated with permethrin will start lifting its eight legs like it’s got a hot foot, Dapsis says. “After 60 seconds of exposure, it’s a goner.”

People who aren’t interested in the do-it-yourself approach to permethrin treatment can purchase pre-treated clothing or pay for a service to treat their clothes, such as Insect Shield.

Dapsis also advises people coming in from outdoors to throw their clothes in the dryer for 20 minutes. The heat will kill moisture-loving ticks.

Tick checks are also important, but when the tiny nymphs are out the best approach is to use fingertips to feel ticks that may be too small to see, Dapsis says.

Sticking to the center of trails and avoiding bushy vegetation can help people avoid contact with ticks, Lewis says.

In the summer “they’ll be essentially pretty much everywhere, crawling around, looking for prey. If you are on a path in the woods, you are considerably better off than veering off the path,” he says.

What are the symptoms of Lyme disease?

Some people—but not all—develop a tell-tale bull’s eye rash or series of rashes in the early stage of Lyme disease.

“The disease presents like a typical infection with some muscle aches and pains, flu-like symptoms,” Lewis says.

These days it’s hard to tell early Lyme from COVID-19, he says.

“The first thing that used to happen during COVID was coughing. These later variants do not induce cough.”

What should people do if they have been bitten by a tick?

Carefully remove the tick with a set of tweezers and consider mailing it to TickReport to test for possible pathogens, Dapsis says.

People who have been bitten should consult their physician, who is likely to give them a prescription for prophylactic doxycycline to prevent Lyme disease, Lewis says.

Those diagnosed with the disease typically are given a 10- to 21-day course of antibiotics.

“Approximately 10% of people who got Lyme disease will end up having some sort of chronic Lyme condition, and this includes people who have been treated with antibiotics in a timely manner,” he says.

“Symptoms of chronic Lyme, which some people are calling long Lyme, are the same as long COVID.”

Click here to read the rest of the article on northeastern.edu.