A 25 Year Battle Against Lyme, Bartonella, and Biotoxin Illness 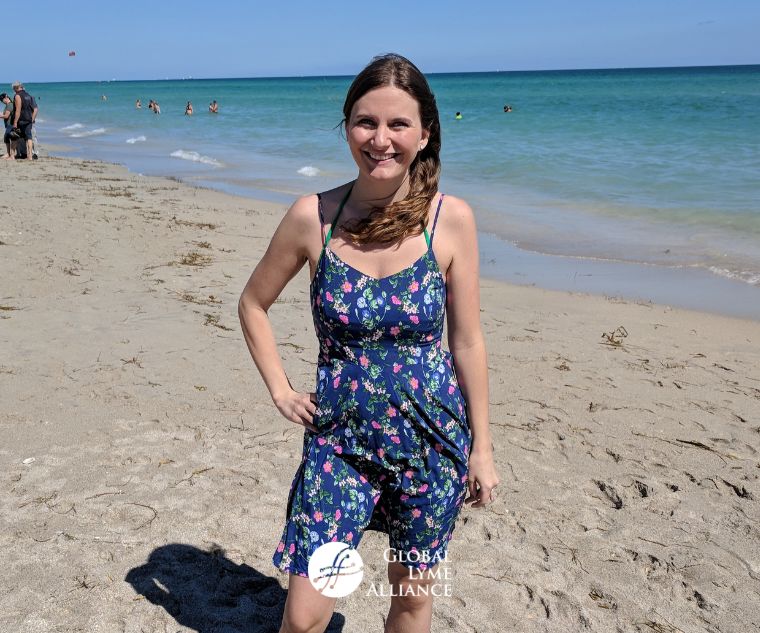 Though Alexandra was only recently diagnosed with Lyme, Bartonella, and biotoxin illness, her Lyme journey began more than a decade ago. Maybe even more than two decades ago.

When I was about eight (which was 25 years ago), I went from doctor to doctor because I was constantly complaining of headaches, foot pain, and asthma-like symptoms. I had tonsillitis and strep throat more times than I can remember, and it was the first time in my life I started acting out in school.

My mom suspected there was something going on with the portable classroom I was in that school year, but of course the school dismissed that idea and claimed there was absolutely nothing wrong with the building. I was diagnosed with exercise-induced asthma, but we never got to the bottom of the headaches or foot pain.

Once I reached middle school, the tonsillitis and strep throat continued. By the time high school rolled around, I developed an irritable bowel, extremely sensitive skin, anxiety and depression, and hot flashes. I was diagnosed with mono during my senior year of high school, missed about a month of school, and somehow still managed to graduate early.

I remember my doctor saying there were no reliable tests for mononucleosis, so they diagnosed me with mono based on my symptoms alone. I was tested for Epstein–Barr, however, which came back negative.

I was again diagnosed with mono right before I was supposed to begin college, so I ended up starting school a semester late. I remember being in so much pain and discomfort that I could only lay on the couch or in bed while binge-watching Laguna Beach. The mono was so much worse this time around, and I ended up with an enlarged spleen, a very low neutrophil count, and extremely high lymphocyte blood levels. This time I was formally tested for mononucleosis and it came back positive. 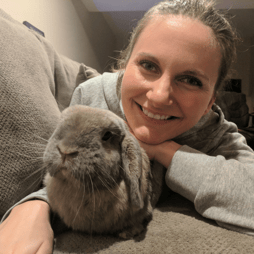 I eventually recovered from the mono and was able to start college, but it was not smooth sailing from there. My digestive issues worsened — causing chronic diarrhea — and I couldn’t eat anything without having an upset stomach. I developed a strange skin condition on the tops of my feet and ankles (known as granuloma annulare), which swelled and became painful to the point where I couldn’t comfortably walk for a day or two. The rash has only flared up once since then, but the rash itself has never gone away.

I was also fatigued, which led my doctor to once again order a test for Epstein–Barr. The test came back negative, but my red blood cell count was high.

My doctor suspected Lyme and ended up ordering IgG and IgM immunoblots, but both tests came back negative according to CDC standards. I did, however, test positive for the 41 KD IgG and IgM bands. I have a strong feeling the immounoblots would have come back positive if I’d been tested when my neutrophils and lymphocytes had been abnormal, but I’ll never know if that’s the case. I don’t remember ever finding a tick on me or seeing an EM rash, but I spent a lot of time camping, fishing, and biking as both a child and teen.

Over the next few years, I experienced recurring urinary tract infections, abdominal pain, neck pain and stiffness, a chronic runny nose, and fatigue. But despite all this, I graduated from college with a Bachelor of Arts in Professional Writing and a minor in Creative Writing, got married to the guy who stuck by my side throughout all the ups and downs, and landed my first full-time job. I adopted a plant-based diet and my stomach issues improved immensely. Things were looking pretty good, and I’d learned to live with my various ailments. 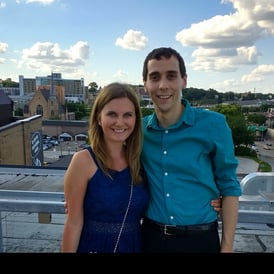 As time passed and I continued to avoid dairy, eggs, and meat, I could finally enjoy food for the first time in years. But then I started noticing once strange symptom: I would feel drunk even though I hadn’t been drinking alcohol. I brought this up to my doctor and she just looked at me strangely and told me I needed to get more sleep. Again, I learned to live with the symptom.

Around the same time, my vision started changing and my neck pain worsened. Things started to look distorted and I would feel completely spaced out when under certain types of lighting (especially fluorescent lights). I’d experience sensory overload while grocery shopping, when sitting in loud or crowded bars and restaurants, or whenever I was surrounded by lots of people. I attributed it to anxiety.

Over the next year, my brain fog and stress levels worsened and I started experiencing a slew of new symptoms: Horrible pelvic and abdominal pain, extreme abdominal bloating, pain and breathlessness when bending over, amenorrhea, night sweats, migraines, chronic acid reflux, back pain, and fatigue. I saw about five different doctors for various tests, and everyone seemed to think I was pregnant despite the negative pregnancy tests.

At the time, I assumed all doctors were Lyme experts — so I believed him when he told me the test came back negative for detectable Borrelia burgdorferi antibodies (according to CDC standards). For a few more years, I dismissed the possibility of having Lyme and focused on exploring other culprits. I had a CT scan and MRI of my brain, which both came back unremarkable.

When I finally convinced my primary care physician to test me for thyroid autoantibodies, I thought I hit the jackpot when the test came back positive. Hashimoto’s, an autoimmune disease, must be the reason I’ve been so fatigued and brain fogged all these years! Again, I was so very wrong.

My symptoms did not improve once I started treatment for the Hashimoto’s, and again, I saw doctor after doctor for various tests, took supplement after supplement, and researched potential causes of brain fog. To say it consumed my life would be an understatement. But when you can’t think, concentrate, or focus; find words; retain information; or figure things out like you used to, who wouldn’t be desperate for an answer?

A Lyme Diagnosis, At Last 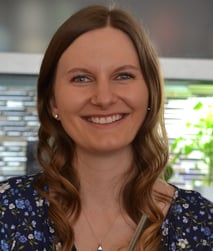 After officially losing hope in the conventional medical system (and spending thousands of dollars on supplements, scans, and lab tests that did nothing to help me), I made an appointment with a Lyme-literate naturopathic doctor in Saint Paul, MN. I still wondered about having Lyme disease after all these years, so I felt drawn to this doctor knowing she had lots of experience diagnosing and treating patients with Lyme.

My naturopath ordered several IgeneX tests, which finally came back positive for Lyme and one co-infection: Bartonella. Even though I tested negative for Babesia, Ehrlichiosis, Anaplasmosis, and Rickettsiosis, my doctor isn’t ruling these out completely — mainly because I’m still having drenching night sweats (which could indicate Babesiosis). Healing from Lyme, Bartonella, and biotoxin illness feels so close yet so far away.

I’ll continue to follow my naturopath’s recommendations as we work to kill the Lyme bacteria, detox mold from my body, balance my hormones, boost my immune system, and heal my damaged gut. I’m currently using an at-home far infrared sauna about three times a week, soaking in a hot epsom salt bath on my non-sauna days, and using overnight castor oil packs about four times a week.

I’m taking a variety of different supplements, herbs, and botanicals as well. These include Biocidin LSF, GI Detox, resveratrol, EstroDIM, Glutashield, B vitamins, buffered vitamin C, vitamin D3, magnesium glycinate, sarsaparilla root, bile salts, omega oil, and UNDA numbered compounds. I’ve only had one herx so far, but I just started my Lyme treatment about three months ago and am yet to take antibiotics.

In addition to working with my naturopath, I have an upcoming appointment with a Lyme-literate functional medicine doctor. I plan on trying other treatments like ozone therapy and possibly antibiotics, but I’m a bit worried about the antibiotics since I’ve struggled with so many gut issues over the years. I’m also not crazy about the idea of inserting a port or PICC line for IV treatments.

These treatments and consultations are a financial investment, and I’m so lucky that my husband has supported me every step of the way. Knowing that so many people cannot afford to invest this much time and money into getting a diagnosis and then treating their condition is so heartbreaking. My heart goes out to anyone who is struggling, especially those who do not have the financial resources to keep digging for answers. When I’m eventually in remission from these illnesses or at least showing some improvements, I will do everything I can to help others who are also struggling.

My Advice to Others With Lyme, Bartonella, and Mold Illness 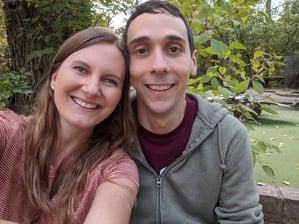 It’s been so helpful to have other Lyme healing stories to read or listen to as I navigate my diagnosis, and it’s truly one of the only things that gives me hope. There are so many others who suffer silently, just as I have been.

For so many years, I tried to be my own doctor because I felt like nobody could help me. I had come to accept my “new normal”. Please don’t make this same mistake. Locate a Lyme specialist near you, and don’t stop searching for answers until you’re finally seeing progress.

All this time, I was looking for answers in all the wrong places. I still have a long ways to go, but getting a diagnosis is half the battle. Things can only get better from here.

*Opinions expressed by contributors are their own. Alexandra Beane is a Minneapolis-based freelance health writer, Lyme warrior, and the owner of Well From Within, a ghostwriting boutique serving businesses in the health and wellness space. Check out Alexandra’s blog at bewellfromwithin.com/blog or email her at alex@bewellfromwithin.com.