It's OK to Be Angry 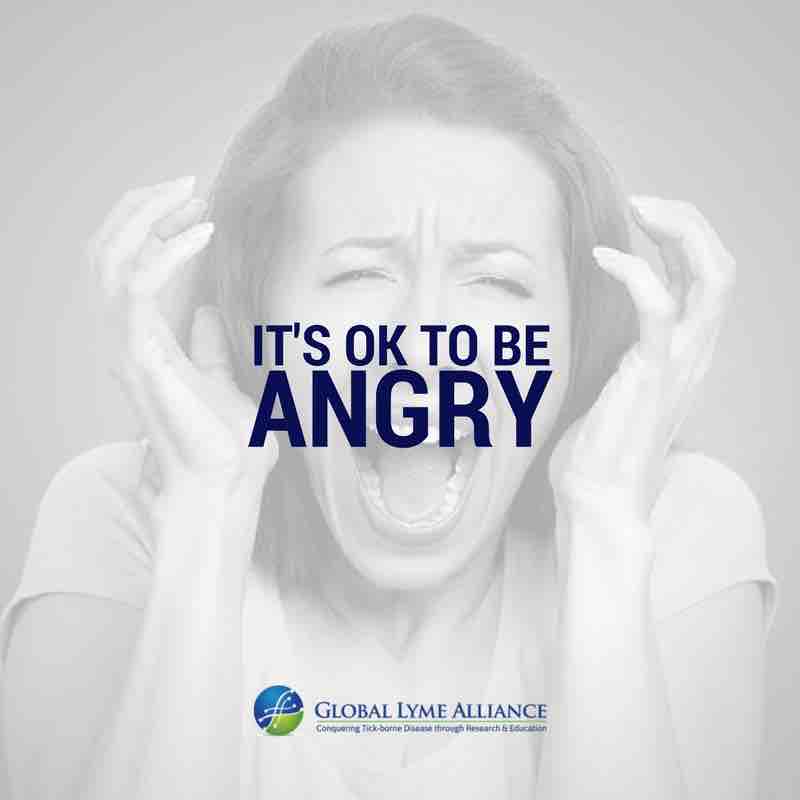 What role does anger play in your Lyme journey?

For the last three winters, I have had the opportunity to teach an intensive “Healing Through Writing” course at my alma mater. Towards the end of the term, students read some of my own work, so that they can ask me questions about my medical journey and writing process. This year, a student threw me a curve ball. “Weren’t you angry at your body for letting you down?” she asked.

I paused. I experienced many forms of anger in the two decades I’ve been sick with Lyme. Anger, when no one could diagnose me with anything other than “stress” or “being run down.” Anger, when people told me the symptoms might all be in my head. And yes, anger once I finally got diagnosed and realized how long it would take for the antibiotics to work. I was angry at the all the doctors who had missed the diagnosis. Angry at the tick for getting me into this mess.

But had I been angry at my own body for letting me down? I had to really think about that one.“Yes,” I blurted out, quicker than I meant to. It’s like my body was saying, “Yes, you were mad at me.” I heard myself say, “For years I was so angry that my body wouldn’t get well as fast as I wanted it to.” I remember being mad when I had a Herxheimer reaction; mad when I couldn’t control how I would feel day to day, and often had to cancel simple plans at the last minute; mad when I woke up feeling worse than when I’d gone to bed, and mad when I had a fever or a migraine or my fingers ached too much to type.

I explained to my students that for a long time, there was a vast disconnect between my mind and my body. My body was stuck in park but my mind was in overdrive, not just from racing neurological symptoms, but also because of my desire to get up and moving and back to the high-functioning life I’d always led. My mind still wanted to be productive, active and successful, and I was angry at my body for not being able to do so.

It was precisely this disconnect that prevented me from getting well.

Sure, I got better. The antibiotics worked and my symptoms abated. But when they came raging back a few months after stopping treatment, I was, as my student had suggested, angry at my body for letting me down. Really, it wasn’t my body’s fault. It was my fault for diving into a high stress work and living situation without taking any baby steps in between. It was the Lyme spirochetes’ fault for taking these stressful conditions as an opportunity to replicate. It was, once again, the original tick’s fault for biting me and starting me down this long path.

I was angry, but it wasn’t my body’s fault. My body fell victim to the tick, and to Lyme, Ehrlichia, Bartonella and Babesia. It fought and fought against those illnesses and their debilitating symptoms. And my mind fought against my body, willing it to work harder, to get better faster.

A mind and body so vastly out of sync can’t be well, in the same way that two people constantly screaming at each other can’t suddenly get along. Those people have to stop and listen to each other. They have to really hear each other’s needs and be willing to compromise. The same is true for the body and mind. It wasn’t until I relapsed that I realized I couldn’t keep fighting with my body. I had to accept my chronic illnesses and learn how to incorporate them into the life I wanted to live. My body wasn’t something to be dragged along; it was the vehicle that was going to get me through life, and I needed to take care of it.

I started being gentle to myself. Instead of berating myself for having a bad day, I switched my messages to positive ones, saying things like, “Good job, Jen! You only did one errand today and then rested, and that means you’ll be able to run another errand tomorrow!” My anger turned to gratitude, and that made a huge difference in my recovery.

Of course, I still get angry sometimes. I still get “Lyme rage,” that is, going from 0 to 60 over something small just because I’m overtired. The difference is that I don’t get mad at myself for being angry. I recognize that it’s okay to be mad. I let myself sit with it for a short amount of time. And then I move on.

In my “Healing Through Writing” class we talk about the stages of grief, which include shock, sadness, anger, denial, bargaining, acceptance and healing. These stages are applicable to any traumatic situation, including serious illness. I tell my students that there are two important points to remember about these stages. The first is that they are non–linear. It would be nice if we could move through sadness and anger and then stay in acceptance and healing, but unfortunately it doesn’t work that way. Instead we spiral through these emotions, working through shock and denial and getting to a point of acceptance, but then having an angry day before getting back to a steadier place. The spiral itself, though, is always moving up, as if on graph. We may dip down in to more “negative” places, but overall, we are moving forward.

I put negative in quotation marks because the other thing to remember about these stages is that they are all important. We tend to think of emotions like frustration, anger and sadness as bad, but in fact they have an upside, too. Without them, we couldn’t get to acceptance or healing. The key, of course, is not letting ourselves stay in those negative places for too long. I find it helps to recognize the emotion, allow myself a set amount of time to deal with it, and then get up and do something positive and unrelated. If you’re well enough, this might be taking a walk or calling a friend. If you’re bedridden, it might be flipping through a light magazine or listening to a peppy song. You can’t control what emotions will come up at any given time, but you can control your reaction to them.

I’m glad my student asked me such a thoughtful question; it gave me space to reflect upon the role anger plays in Lyme disease. What questions do you have for me? Every couple of months, I am going to dedicate one of my columns to answering your questions. Please email them to me at jennifercrystalwriter@gmail.com.