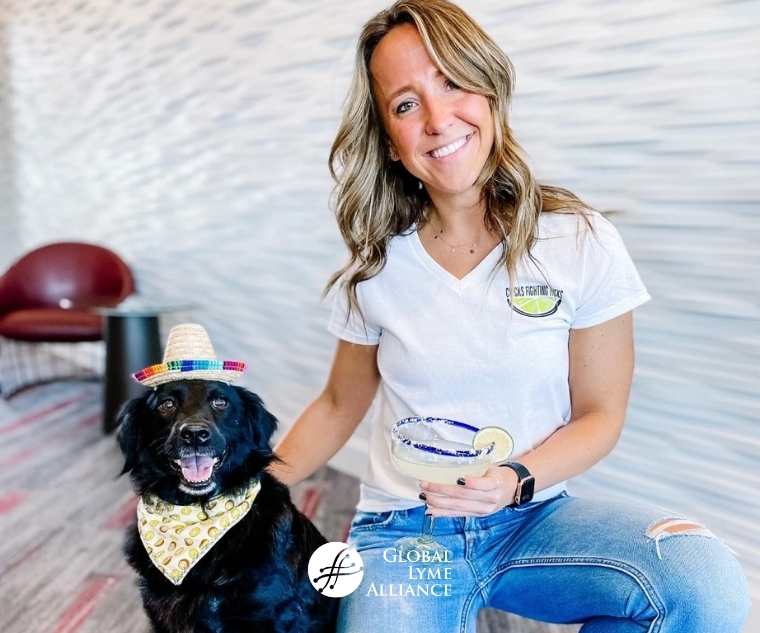 On June 1, 2020, I woke up to the room spinning, a headache that made me feel like my head was going to burst at the seams, and intense brain fog that clouded both my thoughts and memory. I didn’t think too much of it at the exact moment, so I put on my shoes and went for a run thinking I was just dehydrated or had one too many glasses of wine. It wasn’t until I fell and stumbled during this run that I knew something else was wrong.

From this day forward, I began a medical journey that I wouldn’t even wish on my worst enemy. It began with some simple blood tests, which led to some larger tests including brain MRIs, spinal taps, blood patches, etc. Although there were things along the way that didn’t add up (some atypical test results), it was chalked up to “getting older” and that most of my issues were psychosomatic. This comes after being tested for Multiple Sclerosis, Fibromyalgia, Chronic Fatigue Syndrome, ALS, migraines, depression, Lupus, etc. 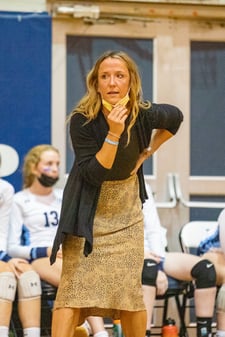 I’m not gonna lie, there were definitely times over the past two years where I started doubting myself and thinking maybe it was all in my head. But things got worse. I started getting so exhausted that a simple task like changing my bedsheets required me to sit down and rest. I ruptured the plantar fascia in my left foot and weights that I usually lifted became too heavy. I found myself not being able to focus when watching T.V. or reading a book. Less than 2 years ago, I was running the Chicago Marathon and all of a sudden I couldn't even change my bedsheets without getting tired?

It was thanks to my wonderful masseuse that I found my current Integrative Functional MD. She’d always ask me about my medical journey and one day she suggested I go see her doctor who found her breast cancer before any other doctor had found it. If anyone knows me, you know I had to try. And that I did.

Up until January of 2022, none of my doctors ever put all of my symptoms together, but by the grace of God one finally did. Lyme Disease. Lyme disease is a bacterial infection you get from the bite of an infected tick. Symptoms of the initial infection go beyond the well-known "bullseye" rash and can include fever, headache, chills, fatigue, muscle and joint aches, and swollen lymph nodes. If the infection isn't treated, symptoms can worsen to severe headaches, arthritis and severe joint pain, dizziness, nerve pain, and memory issues, among others. If caught early, many cases can be treated successfully. But if, like me, you don't know you have it, things can become much worse.

In addition to the Lyme, I tested positive for Bartonella and mold toxicity. Bartonella is an intracellular parasitic bacteria that primarily live in the lining of blood vessels, but are also found in red blood cells and macrophages. My most problematic symptoms of Bartonella included: encephalitis, tremors/twitching, fatigue, brain fog, soles in the feet, and memory loss. 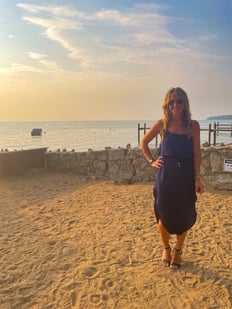 It all finally made sense. After my diagnosis, I thought through my entire medical history. I realized that I had actually had a lot of symptoms — I just didn't know they were symptoms. I was sick all the time. I had random injuries and diagnoses. I had joint problems, especially on the left side of my body. I was in my early 30s, too young for my knees and feet to hurt so much.

I finally had a name to the face of the devil I was battling. As relieved as I was to finally have a diagnosis, I was also overwhelmed knowing that this journey will be neither easy, nor cheap. Mind you that in the state of Illinois, there are fewer than 20 LLMDs (Lyme Literate Medical Doctors) to begin with. Trying to get in to see one of these doctors is a battle in itself. And then the cherry on top is the fact that insurance companies do not work with or support Lyme treatment. Get this - in order to be seen (in a timely manner) by a LLMD, I had to first commit to a $5,000 membership (per year) fee before being seen. I know what you may be thinking because I thought the same. But if these doctors are spending on average 1-2 hours/patient a day and not receiving any funding from insurance, this is the only way these doctors can practice medicine. I’ve never felt so hopeful and discouraged at the same time.

I can only speak to my three months in treatment, which have given me some of my best days in years and hope for a brighter tomorrow. My treatment includes a “cocktail” of antibiotics, along with a slew of supplements that are essentially for detox, liver support, immune function, gut health, etc. Luckily, I haven’t had many side effects and/or herxes from treatment. I’ve read some horrific stories about herxing and heard and seen first hand what it has put a close friend of mine through, so I consider myself really lucky in that sense.

You know the famous proverb, “health is wealth”? This is my new goal. Not another marathon, not another degree, not another house. At this very moment, health is my ultimate goal. Health is our greatest wealth and asset. A healthy body gives me the strength and energy that help you to achieve better results in every aspect of our lives. Being able to sleep at night, walk without pain, eat and enjoy food is the main meaning of happiness. My overall health and well-being—emotional, mental, spiritual as well as physical— will always be my number one priority. Without it, nothing else matters.

GLA is currently fundraising for The Bartonella Discovery Program, a research project bringing together some of the top researchers world-wide who are experts on Bartonellosis. These researchers will learn more about the bacteria and which treatments are most likely to cure patients like Sammy, who are suffering from Bartonellosis.

None of the work GLA has accomplished would be possible without your support. To learn more and fund this project, click the button below: 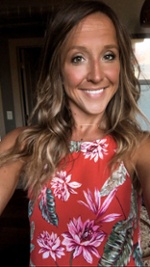 *Opinions expressed by contributors are their own. Caroline is sharing her Lyme disease story with the GLA community. She started a blog dedicated to Lyme and also a website where she sells Lyme awareness apparel: www.chicksfightingticks.com